Uzbekistan is a land steeped in history and religion. The many rulers of the country enriched it with imposing monuments of worship and divinity. Experience the divinity and walk down the spiritual lanes in the ancient Silk Road cities of Uzbekistan. 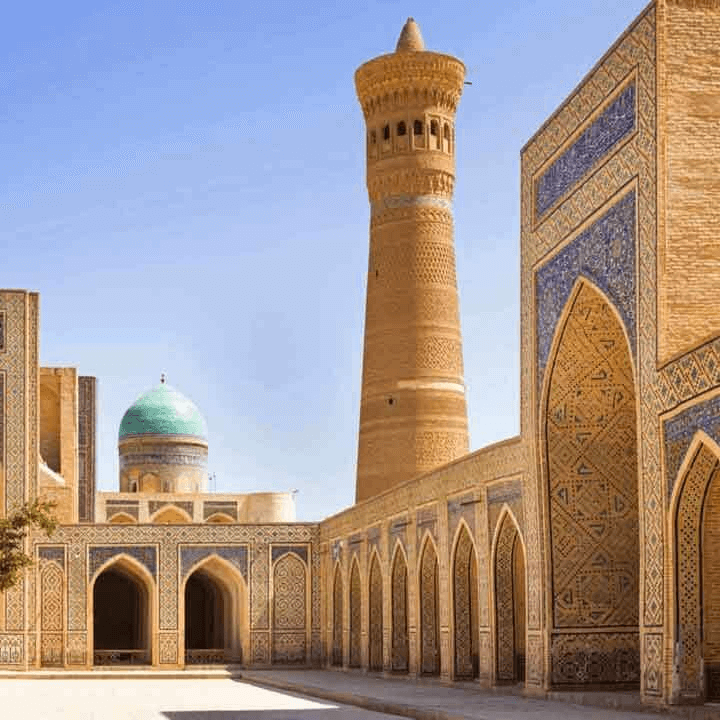 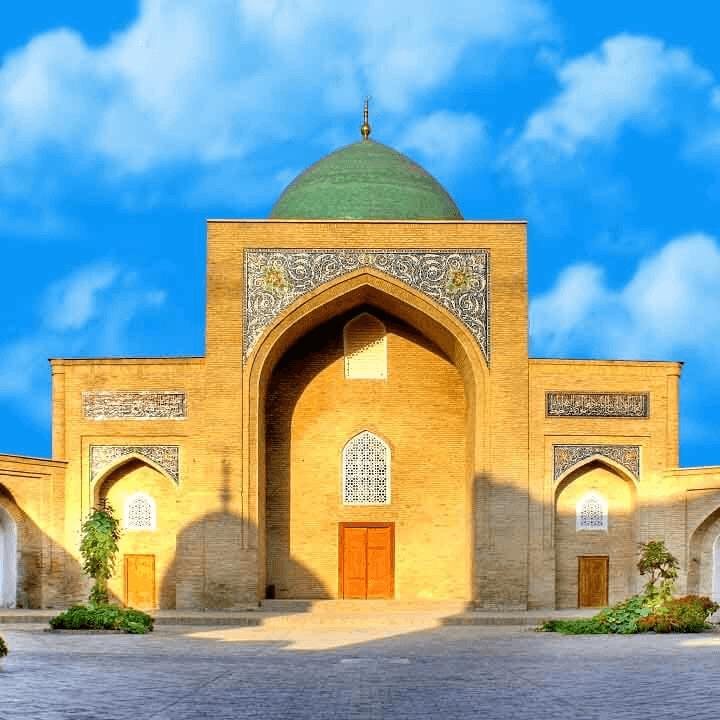 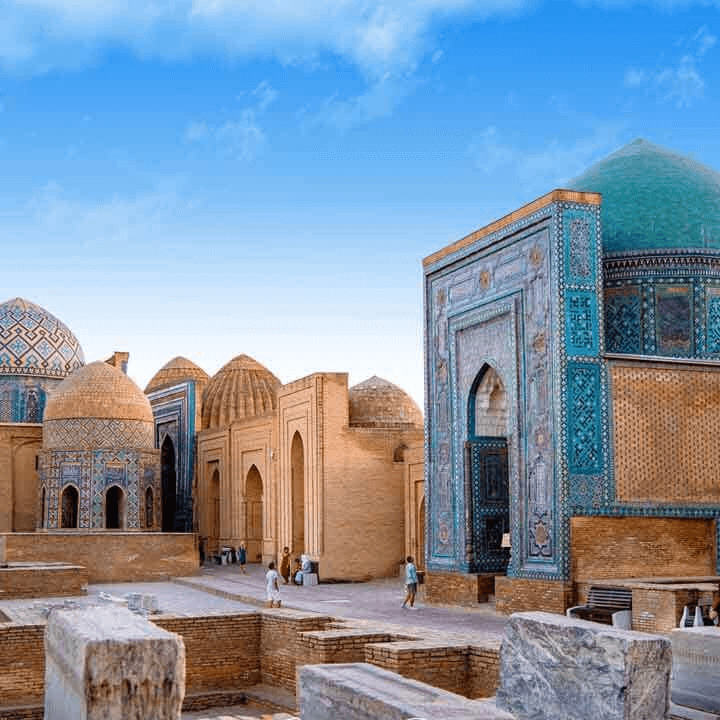 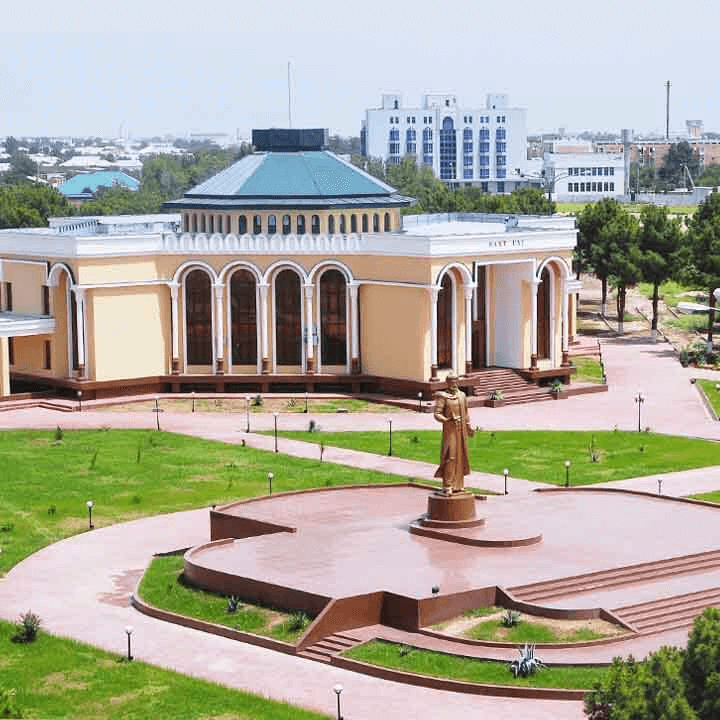 The main holy place of Termez is the Mausoleum of Hakim at-Termizi also known as Muhammad ibn Isa at-Tirmidhi. This architectural monument was built to the north-west of the old Termez castle. Abu Abdulloh Mohammed Ibn Hasan ibn Bashir al-Hakim at-Termizi was the author of a number of religious philosophical works a religious leader an outstanding theorist of Islamic misticism and a prominent scholar and was the founder of the dervishes order.Hakimi is considered one of the twelve sects of mysticism. He was buried near the citadel of medieval Termez probably near to hanaqoh. Later a mausoleum of baked brick was built above. It had one chamber with a portal dome. The dome was carried by four strong arches and supported by corbel-cell sails. The entrance was on the south side the northern archway was open and the remaining ones were blocked off. At the end of the XI c. the interiors of the mausoleum were richly decorated with carved ganch.

The cult-memorial complex of Sultan Saodat was developed during the period of XI-XVII c. at the graves of the Termez sayyids. It had a number of cult structures added at different times mausoleums mosques and hanagoh built on the perimeter of an elongated courtyard with a combination of integral and short compositions.The most ancient part was a three-part frontal opening the southwest part of the complex to the courtyard side. Here are located two large one- chambered square-domed mausoleums. They arc joined with an aperture terrace with a mihrab placed between them which was used as a funeral prayer niosque. Researchers have dated this ancient group to the XI-XII c. (52) or the middle of XI c.Due to their clear-cut solutions to the problems of structure decor and volume the mausoleums gained strict highly artistic architectural appearance.The wall of the mausoleum had an octahedron tier of arched sails on which was set a large dome.

The Square is located in the center of the city and has become a monument of architectural importance. It has gained worldwide fame for its grandeur and it is now a preserve building in Samarkand.From three sides the square is surrounded with grand madrassah portals of which are facing the center of the space. All three erections have their own unique dcor. It is by virtue of these buildings preserved on the territory of the city Samarkand was included in the UNESCO World Heritage List in 2001.The history of the Registan SquareTranslated from Uzbek registan means a sand place. In the ancient times this central square was covered by sand. The territory was not initially surrounded by madrassah those great erections appeared rather later. In that period authorities of the city were gathering people on the square to announce khans orders held celebrations and public executions and collected the army leaving to war.In the past one could see many trade rows around the square where artisans and farmers were selling their goods. All main roads of Samarkand led to Registan where it was always noisy and lively.Various rulers during their reign would change the main significance of the square but since those times and up to now Registan has always been the center of the city social life.There are three madrassahs on the square Ulughbek Sherdor and Tilla-Kori that are the main sights of the city. They were erected by two rulers at different times.

The Bibi-Khanym Mosque is one of the most important monuments of Samarkand. In the 15th century it was one of the largest and most magnificent mosques in the Islamic world. By the mid-20th century only a grandiose ruin of it still survived but major parts of the mosque were restored during the Soviet period.

The Gr-i Amr or Guri Amir is a mausoleum of the Asian conqueror Timur in Samarkand Uzbekistan. It occupies an important place in the history of Central Asian Architecture as the precursor and model for later great Mughal architecture tombs including Gardens of Babur in Kabul Humayuns Tomb in Delhi and the Taj Mahal in Agra built by Timurs Mughal descendants Turc

Shah-i-Zinda is a necropolis in the north-eastern part of Samarkand Uzbekistan.

Hazrat Khizr Mosque situated in close proximity to Siyob Bazaar is one of the oldest Muslim religious buildings in Samarkand.

Send us a query for Divine Uzbekistan: a Ziyarat Tour