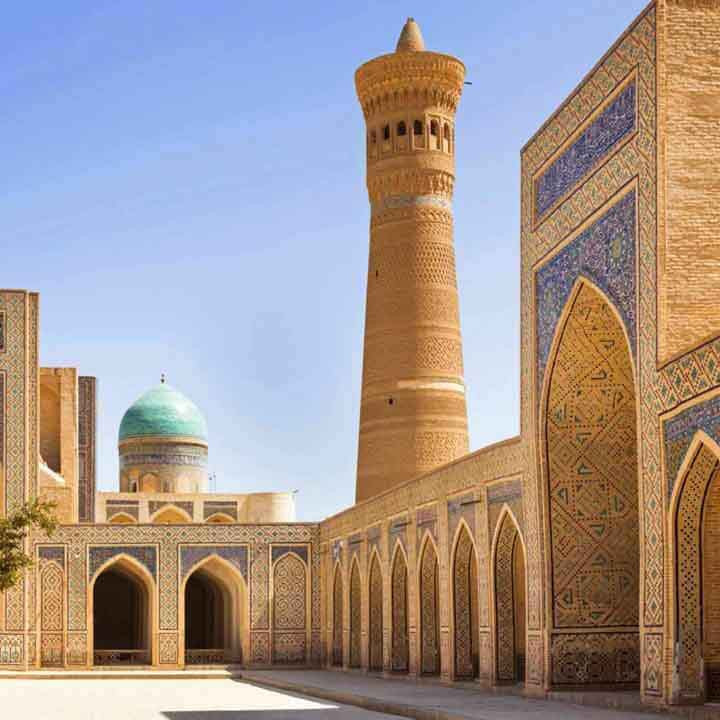 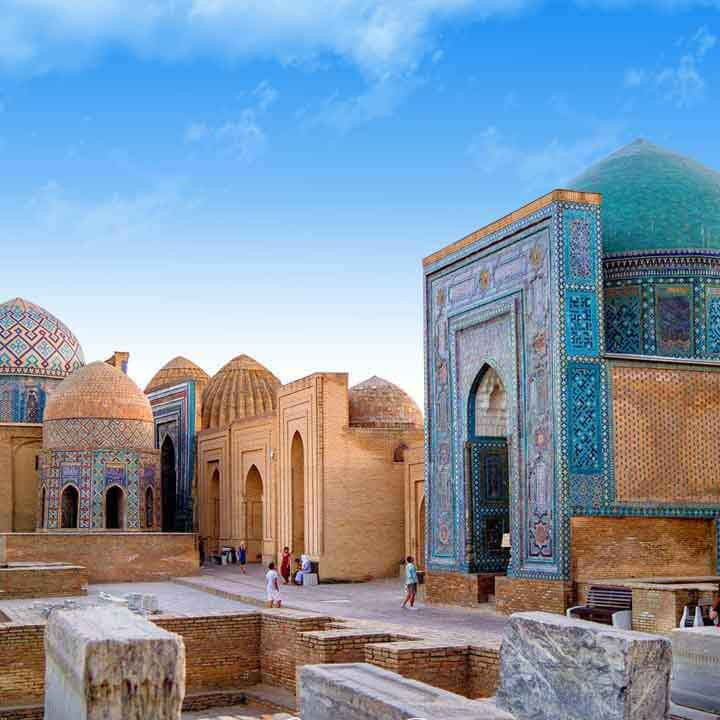 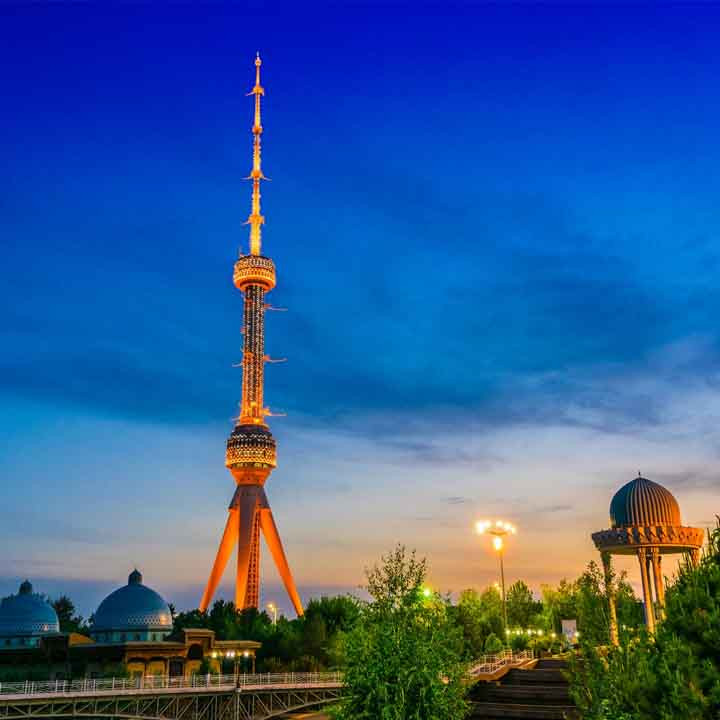 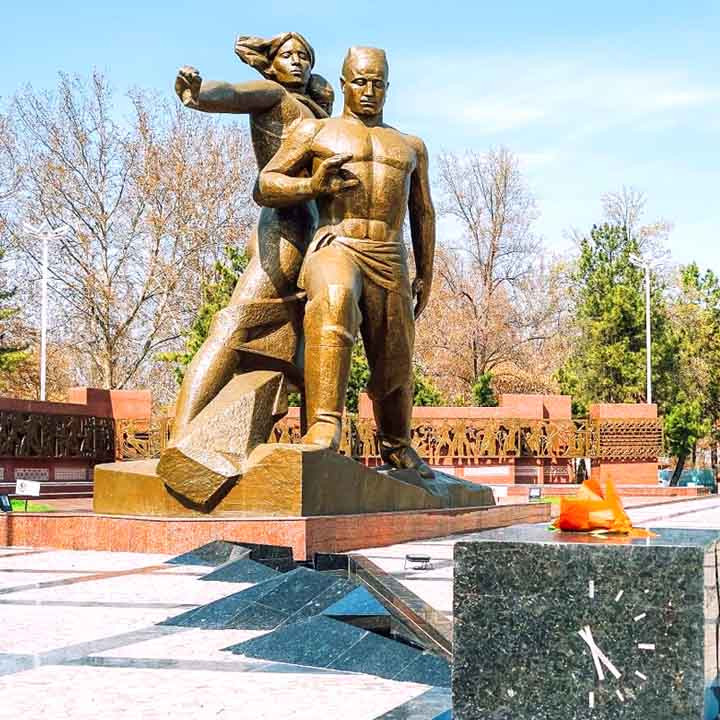 The Gr-i Amr or Guri Amir is a mausoleum of the Asian conqueror Timur in Samarkand Uzbekistan. It occupies an important place in the history of Central Asian Architecture as the precursor and model for later great Mughal architecture tombs including Gardens of Babur in Kabul Humayuns Tomb in Delhi and the Taj Mahal in Agra built by Timurs Mughal descendants Turc

The Bibi-Khanym Mosque is one of the most important monuments of Samarkand. In the 15th century it was one of the largest and most magnificent mosques in the Islamic world. By the mid-20th century only a grandiose ruin of it still survived but major parts of the mosque were restored during the Soviet period.

Siyob Bazaar also called Siab Bazaar is the largest bazaar in Samarkand Uzbekistan. All daily necessities such as Samarkand naan are sold. Siyob Bazaar is located adjacent to the Bibi-Khanym Mosque and is visited not only by local people but also by domestic and foreign tourists.

Arang-khan began the construction of this citadel complex in 1686 which contains a house for khan the members of his family and dignitaries.

the palace Tash-Khovli (stone country-estate) was built in the eastern part of the inner city. This complex of a building with three yards has rectangular plan in the southern part are the receiving yard Arz-Khovli and a yard for entertainment Ishrat-Khovli. The northern part is occupied by a harem. Labyrinths of corridors join the yards and buildings. The brothers and relatives of the khan lived in the palace. The two gates face the west and south. All the constructions were built from the high quality bricks. The fencing walls of the palace end up with figured cogs. From the flatness of the wall the high well-portioned towers stand out.Around the southern part of the square yards high single-pillar aivans are built with main houses behind them. On the other sides are the rooms for guests with small aivans on the second floor. Five excellent aivans come one after another in the harern. They are open to meet the northern winds. Two rooms were built behind the aivans through a main majolica entrance with a painted ceiling. They are simply decorated dwellings.Outside facades are not faced but the walls of the yards are separated into separate panels and decorated with majolica of a carpet pattern

Send us a query for Uzbekistan Holiday Package 9 Nights