A land dotted with relics of the earliest civilizations and natural wonders that cannot be found anywhere else on the planet. Added to that is the fascinating local culture where ancient traditions have been sustained for centuries. Explore the truly last unexplored land on Earth, the marvellous and..read more 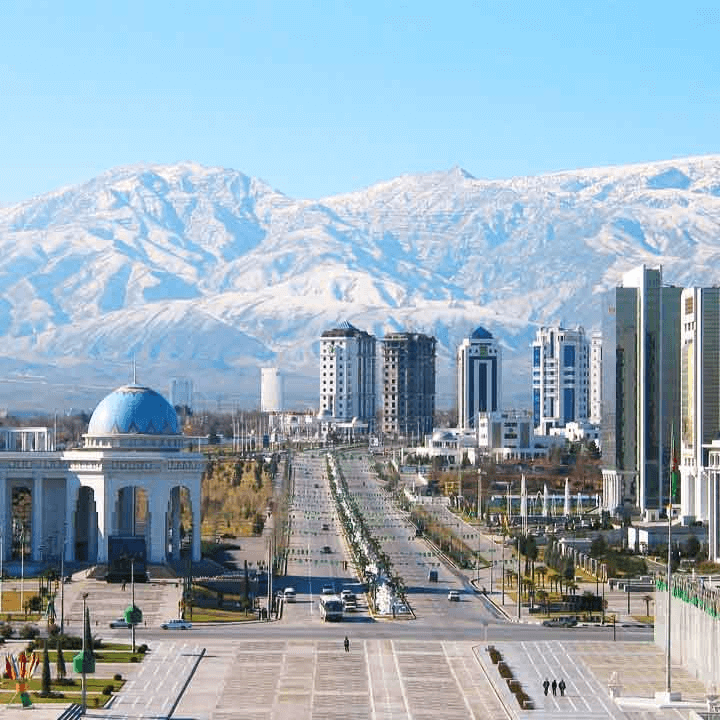 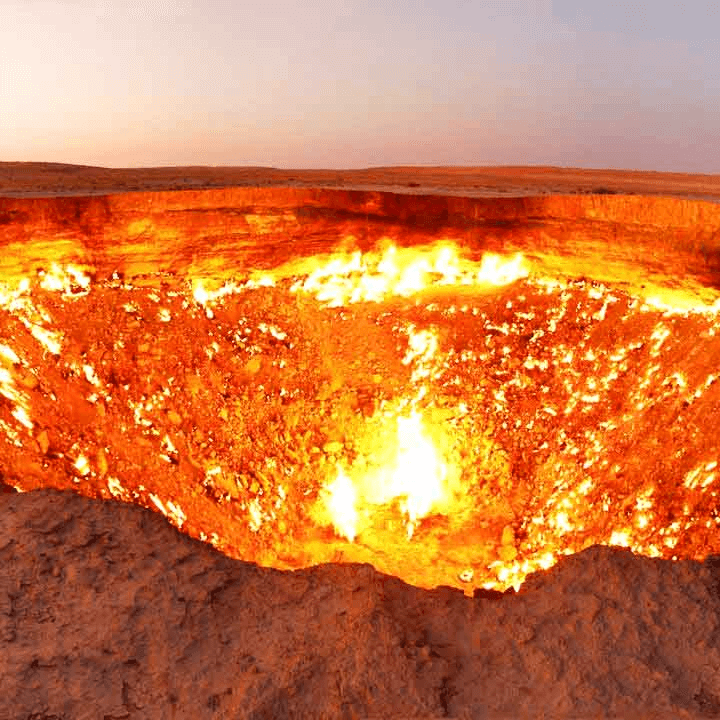 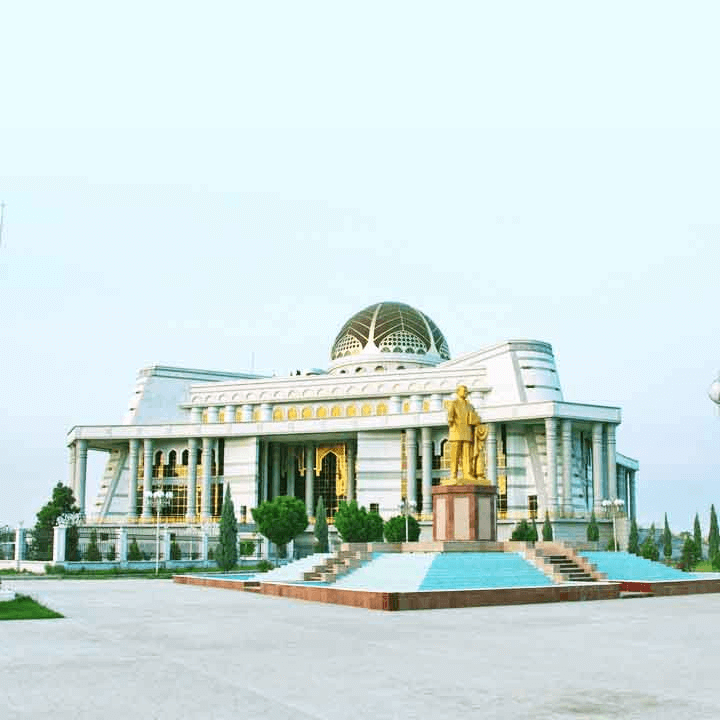 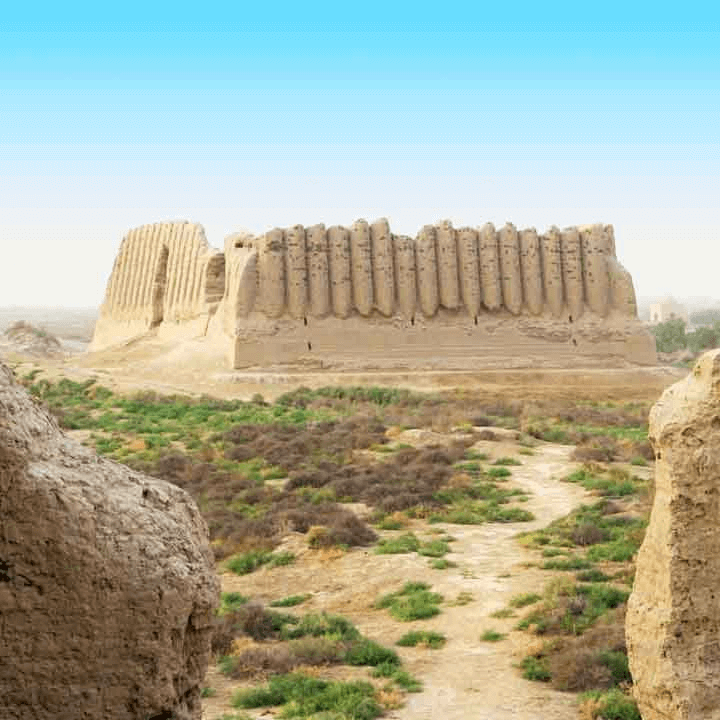 The park is located in the southern outskirts of the city next to 10-Anniversary of Prosperity avenue and Archabil avenue. Its territory occupies 140 hectares which is almost half of all the Ashgabat green open space.Groomed paths marble stairs and porches flowerbeds and cozy benches are all necessary attributes of a recreation-and-entertainment park. But Independence Park is better known for its monuments located in its territory. Moving along the main alley with five-headed eagles-fountains and statues of national heroes you will go up by a wide marble stairs to the Independence Monument.This 118-m column topped by a crescent moon with five stars symbolizes the unity of five Turkmen tribes. The lower part of the monument is made in the form of a huge yurt which houses the Museum of Independence inside it.

Oriental bazaar Altyn Asyr also known locally as Tze jygyldyk is the largest market in Turkmenistan and the fifth-largest in Central Asia. It is located in the outskirts of Ashgabat in the residential area Choganly. It was built to resemble the shape a Turkmen carpet ornament of Ahal Province.

Shopping and entertainment center Berkarar is located in the southern part of the city at the intersection of 10 Yil Abadanchylyk and Ataturk. The complex includes a 12-story round tower business center and adjacent to it a four-story shopping mall and parking lot for 1300 cars with canopies.

18 km to the west from Ashgabat there overlook the ruins of Nisa the capital of ancient Parthia existed at the turn of the I millennium BC and I millennium AD. In the III century BC New Nisa was the capital of Parthia and the Old Nisa fortress was an imperial residence at that time.Old Nisa was the place where palace and temple buildings were concentrated. There also located a treasury huge wine warehouse and storerooms with numerous stocks. The fortress walls were 8-9 m thick in their base and were strengthened with 43 rectangular towers.The latest find in Old Nisa a unique fresco fragment is a genuine masterpiece of Parthian pictorial art.The fortress at Nisa was declared a World Heritage Site by UNESCO in 2007.

It is a natural underground lake. The name translated from Turkmen means father of caves. Located 100 kilometers from Ashgabat. The water temperature is from 33 to 38 C all year round.at a depth of 55m from the cave entrance is the underground lake. With a length of 70m and a depth of 10m or more the lake is known for the warm temperature of its water.The water also has a high mineral content prompting both claims about the health-giving properties of a swim and warnings that bathers should not stay in the water for too long. But the sulphurous smell from the lake coupled with the half- sensed presence of bats overhead also gives the place something of an underworld quality. The climb back towards the growing patch of light at the cave entrance can feel like the ascent towards salvation. Or at least towards a world less pungent.

Monument of Neutrality is a monument originally located in Ashgabat Turkmenistan. In 2010 it was moved to the suburbs. The three-legged arch which became known locally as The Tripod was 75 metres tall and was built in 1998 on the orders of Turkmenistans President Saparmurat Niyazov to commemorate the countrys official position of neutrality. It cost 12 millio

Turkmenbashi Ruhy Mosque is located about 7 kilometres west of the Ashgabat city centre. It was built in the home town of President Saparmurat Niyazov with a mausoleum in preparation for his death. The mosque has been at the centre of controversy as scriptures from both the Quran and the Ruhnama are built into the walls.

Erturul Gazi Mosque or rtogrul Gazy Mosque is a mosque in Ashgabat Turkmenistan. It is named after Erturul the father of Osman I founder of the Ottoman Empire and was built by Hilmi enalp. It is a prominent landmark in Ashgabat with its four minarets and a central dome and has a lavish interior decoration with fine stained glass windows.

Darvaza gas Crater locally known as ‘Door to Hell’ or ‘Gates of Hell’ is a natural gas field collapsed into an underground cavern located in Derweze, Turkmenistan. Geologists set it on fire to prevent the spread of methane gas, and it is thought to have been burning continuously since 1971. The crater is a popular tourist attraction

Merv is now known as Mary who was founded in the 6th century by Cyrus. It used to be an important archaeological site on the Silk Road, the part of old Persia. The town used to be alive with bustling cities and one of the largest cities in the world before the invasion of the Mongols which now remain as ruins

Send us a query for Highlights of Turkmenistan 6 Nights