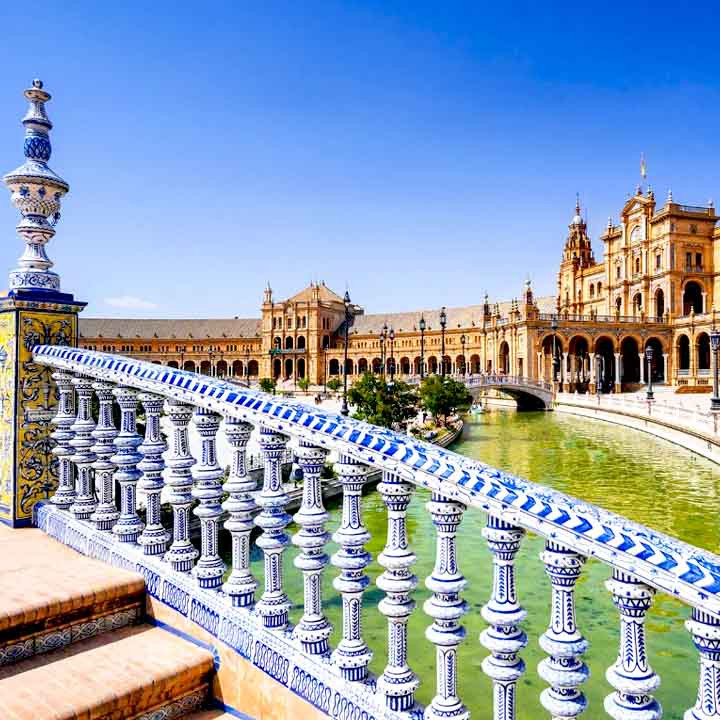 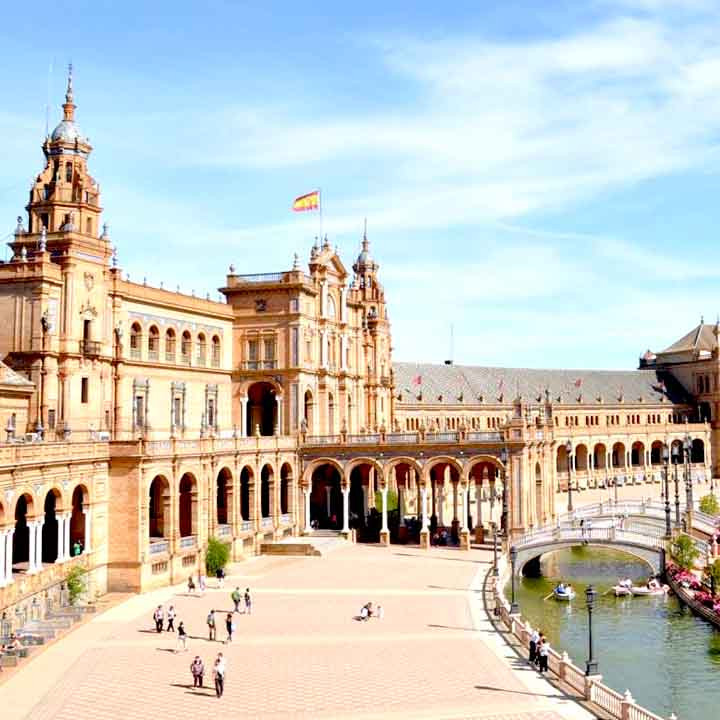 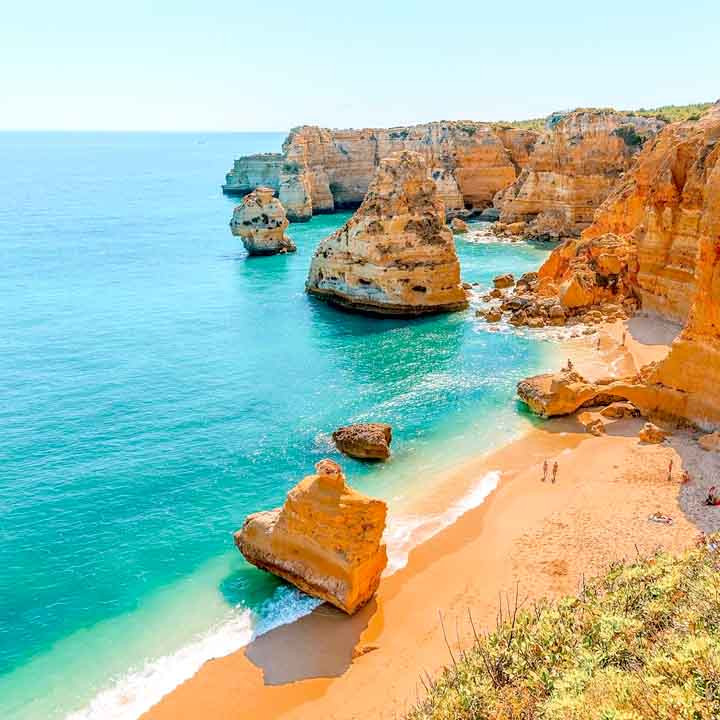 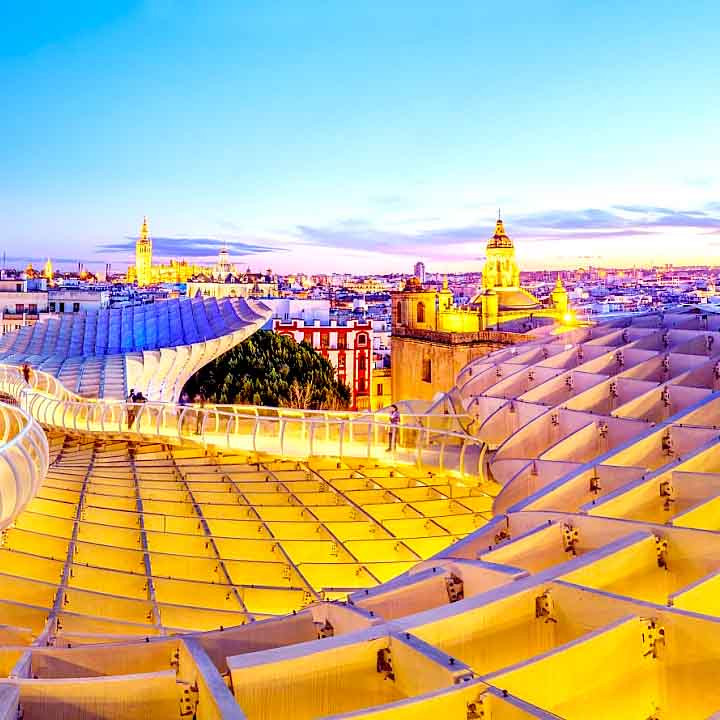 The Parque de Mara Luisa is a public park that stretches along the Guadalquivir River in Seville Spain. It is Sevilles principal green area.

Triana is a neighbourhood and administrative district on the west bank of the Guadalquivir River in the city of Seville Spain. Like other neighborhoods that were historically separated from the main city it was known as an arrabal. Triana is located on a peninsula between two branches of the Guadalquivir narrowly linked to the mainland in the north. Two other districts are also us

The Cathedral of Saint Mary of the See better known as Seville Cathedral is a Roman Catholic cathedral in Seville Andalusia Spain. It was registered in 1987 by UNESCO as a World Heritage Site along with the adjoining Alczar palace complex and the General Archive of the Indies. It is the fourth-largest church in the world as well as the largest Gothic church.

The Archeological Museum of Seville is a museum in Seville southern Spain housed in the Pabelln del Renacimiento one of the pavilions designed by the architect Anbal Gonzlez. These pavilions at the Plaza de Espaa were created for the Ibero-American Exposition of 1929.

Museum of Arts and Traditions of Sevilla

The Museum of Arts and Popular Customs of Seville is a museum in Seville Andalusia Spain located in the Mara Luisa Park across the Plaza de Amrica from the Provincial Archeological Museum. The museum had 84496 visitors in 2007.

The Alczar of Jerez de la Frontera is a former Moorish alczar now housing a park in Jerez de la Frontera Andalusia Spain. It was declared a Bien de Inters Cultural in 1931. The first fortress was probably built in the 11th-century when Jerez was part of the small kingdom of the Taifa of Arcos de la Frontera on a site settled since prehistoric times in the south-eastern corner of the city. I

Cdiz Cathedral is a Roman Catholic church in Cdiz southern Spain and the seat of the Diocese of Cadiz y Ceuta. It was built between 1722 and 1838. The cathedral was declared Bien de Inters Cultural in 1931.

The Romera de El Roco is a processionpilgrimage on the second day of Pentecost to the Hermitage of El Roco in the countryside of Almonte Province of Huelva Andalucia Spain in honor of the Virgin of El Roco. In recent years the Romera has brought t

Send us a query for Best of Spain 6 Nights Tour