Plan your trip with our customized Northern Europe tour packages

Your Gateway to Northern Europe 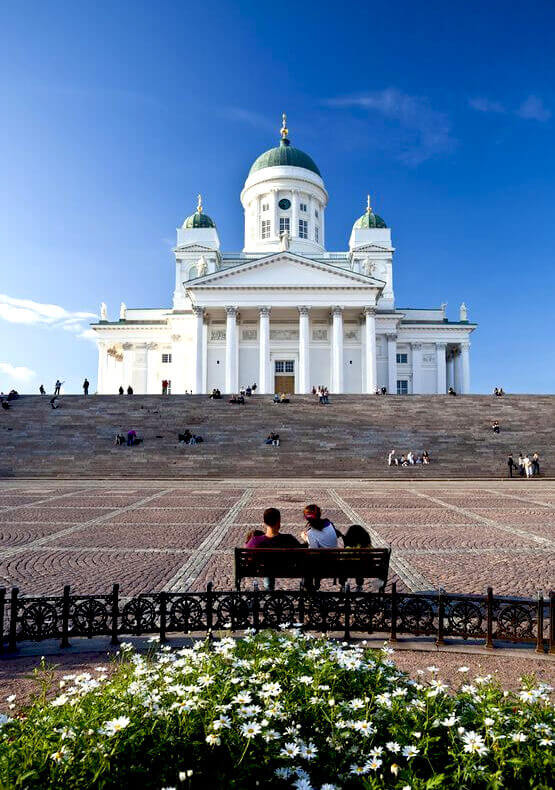 A Fantastic Voyage into Finland! 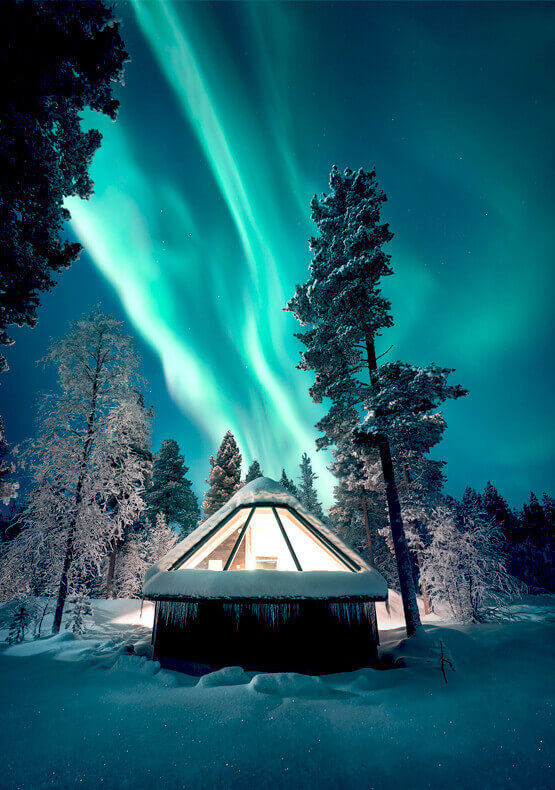 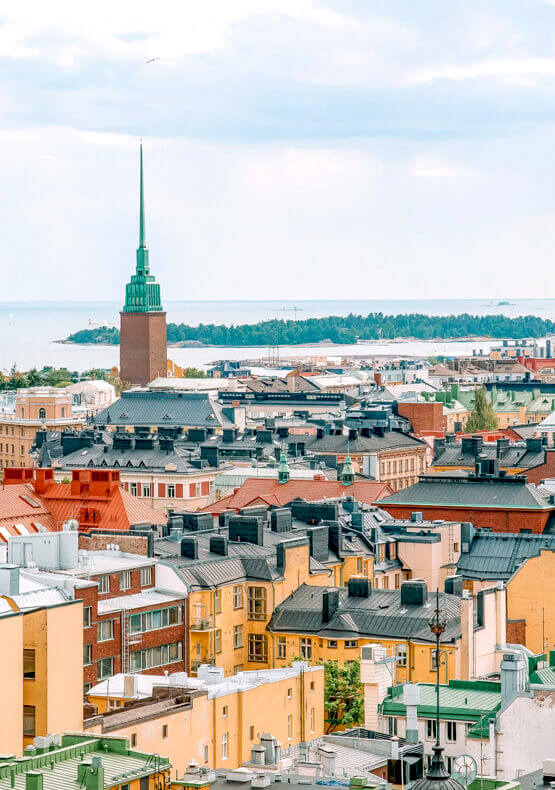 Discover the essential sights of Russia from the banks of the Moskva to the gardens of the Peterhof!

The kaleidoscopic shades of NORTHERN EUROPE

Call it the land of Vikings or the most progressive regions on the continent, the Northern part of Europe has more to offer than what it is known for. Synonymous with, of course, its beauty, magnificent fjords, lakes, dramatic landscapes and its incredible drenched-in-history monuments, Northern Europe is a pure delight to visit. But that’s not all! It thrives with its rich trading and seaside cities, colourful old towns, vibrant festivals, far-flung islands and exceptional warmth of locals. This portion of Europe comprises Denmark, Finland, Iceland, Norway, Ireland, the United Kingdom and Sweden but with the Baltic Sea encircling most of these countries, the republics of Estonia, Latvia and Lithuania also acquire a prominent space in the region. And that is because of this diversity of countries that you will find hordes of remarkable experiences scattered around every corner.

Even though Northern Europe is one of the most visited tourist regions in the world, it doesn’t mean it's all crowds and queues. In Scandinavia, you will be treated with hushed snowy landscapes and spectacularly remote areas. In Norway, you will find an unusual peace while criss crossing your way through the fjords and lakes. And what better way to give solace to your mind with lakeside saunas in Finland or lazily cruising between the icebergs of Iceland. In Ireland and the United Kingdom, you can spend your time gazing out at the remarkable landscapes, exploring the ancient castles and the most impressive cities. The Baltic gems Latvia, Estonia and Lithuania can be considered the perfect option for off the usual trips as they offer plenty of amazing, never-seen-before sights including Baroque architecture, fairytale forests and histories that come to life when experienced closely. It’s no coincidence that all these extraordinary destinations consistently rank among the world’s happiest and wealthiest nations. From the unforgettable Aurora hunting to unmissable adventures around the Arctic Circle, from the enchanting Danish countryside to perfectly juxtaposed cities, Northern Europe features it all!

A Northern European country in Scandinavia where it is all about hygge (a mood of cosiness and comfort) and happiness, Denmark’s apparent charms have been luring travellers for several years now. It is a destination with a deep history of savage Vikings, a place where innovation matches steps with Danes' legendary architecture and well-preserved heritage and the picture-perfect countryside vies even the most beautiful European landscapes. Not to forget, there are these incredibly beautiful towns and villages, around 7 UNESCO listed sites and the prettiest castles that adorn the country’s landscape. Top it off with Denmark’s commendable progression in policies, its greenest and cleanest surroundings and the warmth of locals and you have one captivating holiday destination to explore. Apart from its main touristy city Copenhagen that is famous for attractions like Tivoli Gardens, the Little Mermaid and a former Viking Fishing Village, the country also has delightful cities like Odense, Skagen, Aarhus, Roskilde, Gilleleje and more where you can see the happy and hearty life around as the Danes do.

The reasons why Iceland is known as a year-round destination are aplenty. Its abundance of mountains, lakes, glaciers, caves and jaw-dropping scenery is way more suitable for an offbeat outdoor adventure. This thinly populated young country rests at the edge of the Arctic Circle and sits atop one of the world's most volcanically active areas, becoming a home to boiling mud pools and natural gushing geysers. No wonder why it is rightly called the island of fire and ice. Iceland’s summers are surprisingly warm, with days stretching until midsummer whereas the winters are made to marvel at the amazing, rolling green, blue, yellow and lights of the aurora in the night sky or going out for an amazing adventure. The country is ripe with unforgettable adventures- you can take a road trip along the Ring Road that runs beautifully around the country; explore options to see the Northern Lights; take day trips around Reykjavik and Westfjords; go for adventures or soothing sips in and around Blue Lagoon and see the cascading waterfalls.

This hidden gem labelled as the ‘happiest country in the world’ is tucked into the far up of North Europe and offers what most people around the world are looking for- peace, soothing sights and sounds of nature, security and authenticity. Throw in some winter delight along with some amazingly awesome summers and you've got one cool country to pin to the top of your bucket list. Despite being relatively undiscovered by the world, there are many intriguing places to visit in Finland that have easily gotten the deserving attention of travellers. Whether you want to peep out of your glass igloos to witness the extraordinary Northern Lights, enjoy city tours in Savonlinna and Helsinki, get super close to nature in Lakeland, take pleasure in a traditional Finnish Sauna or visit Santa’s imaginative world at Lapland, the Finland tourist attractions are nothing less than magical wonders.

Termed as one of the most powerful countries and a leader on the world stage, the United Kingdom (popularly known as Britain) satiates every sort of a wanderlust dream. Lying in northwest Europe, the United Kingdom is like a nation made up of other nations as four countries make up the entire UK namely England, Scotland, Wales and Northern Ireland, each having their identity. Loved by millions of overseas tourists each year, each of these four marvels is jam-packed with history, vibrancy, natural magnificence, world-class leisure breaks, adventure galore and friendly locals. Here, what will lure you are the lively streets of London, the mountains of the Scottish Highlands, the culture and history in Edinburgh and the globally renowned music culture of Manchester or Liverpool. Then there’s Northern Ireland – a country pulling in increasing numbers of visitors each year keen to see the legendary Giant’s Causeway and learn about the world’s most famous ocean liner at the Titanic Museum. Whatever it is, you’ll always leave the country with a strong desire to come back and explore more.

With an incredible mix of stunning fjords, cosy and tiny cities, a beautiful display of the Northern Lights and snow-capped mountain peaks, Norway makes the way to your hearts and your bucket lists quite effortlessly. This magnificent Scandinavian country has been attracting tourists in hundreds and thousands of numbers for the past few years now and it is easy to see why. The crowning jewel of Norway is its capital city Oslo which has been named as one of the best holiday destinations with no end choices of deep fjords, swathes of forest, shimmering lakes and interesting museums and architecture. But don’t forget to take a tour of Bergen – with the famous Hanseatic wharf Bryggen, Tromsø which is in the middle of the Aurora region as well as Trondheim, Stavanger and Kristiansand. Places of interest like Lofoten Islands, Lynjenfjord and Alta are also known to offer stunning views and further attract countless visitors from all over the world. You can also spend your quality time enjoying its naturally blessed surroundings, camping near the Northern Lights, tasting the Norwegian delicacies or sinking your senses into the crisp mountain air.

Dreaming of ticking Norway off your bucket list? Let us help you craft a memorable trip. Book from our range of Northern Europe Tour Packages and see Norway like never seen before!

Considered as one of the most advanced countries in Europe, Sweden has been able to maintain a good balance between the modern and the traditional. While it has it's one foot dipped in the rich and mind-boggling history and culture, the other is always lured towards the lovely outdoors. One of the traveller’s havens today, this Scandinavian gem is home to fascinating cities, varied landscapes, vast archipelagos and a pleasing variety of far more attractions than you might realize- so much so that you’ll be spoilt for choices. Throw in great Swedish cuisine, an excellent transport system and welcoming locals and one thing is certain: you’ll be lured to come back again very soon! While visiting its capital Stockholm would probably be your best choice to relish the surrounding beauty, you won’t want to leave without exploring the cities of Malmo and Gothenburg. Taking a tour up to Swedish Lapland to see the Northern Lights, strolling around the fields in the south, following the adventure trail in Skane and learning the Swedish habit of Fika are just a few other bucket list experiences that should definitely be on your Sweden bucket list.

1. Cross the forest glades and frozen rivers on a Husky Safari in Finland
2. Kayak your way through the fjords of Norway
3. Keep your cameras ready when you see the world’s most overwhelming sight- the Northern Lights
4. See the dramatically beautiful Lofoten Islands in Norway
5. See one of Britain's unsolved ancient mysteries- Stonehenge
6. Stay in a wooden hut just above the rock pools on Aland Islands’ beaches
7. Relive the Viking age at Roskilde, Denmark
8. Stay in an Ice Hotel at the otherworldly Kiruna, Sweden
9. Visit the heart of the volcanic landscape- The Blue Lagoon (Reykjavik) and take a dip in the geothermal spa
10. See the colourful, quaint part of Norway- Trondheim
11. Take a beautiful drive along the Wild Atlantic Way in Ireland
12. A walk up London's Primrose Hill is a must!
13. Go for skinny dipping in a hot sauna in Sweden
14. Book an expedition ship and see the glaciers at your closest in Norway
15. Go snorkelling in the icy waters of Iceland
16. Go to a musical gig at Liverpool’s Cavern Club
17. Get utterly intrigued with a tour to Tower of London
18. Make and capture memories on the London Eye
19. Visit Loch Ness and appreciate the beauty of the Scottish Highlands
20. When in Denmark, stuff yourself guilt-free with the Danish pastries
21. Hop on a 105-year-old wooden roller coaster at Tivoli in Copenhagen

Say hello to exceptional journeys with our Northern Europe Tour Packages and gear up to get hooked!

Out of all that is amazing in Europe, the northern region rightly joins the lead as a favourite tourist hub and yet one of the most-visited corners of the world. No wonder when planning your Northern Europe Tour, you want your vacation to be exceptional, hassle-free and just-perfect. Fret not, as you are in the right place! Dook, with its range of Northern Europe Holiday Packages, invites you to experience the most impressive places in Northern Europe while making sure you see all the highlights. From the Northern Highlights in Finland to Britain’s vibrant cities, from Scandinavian fjords to the delightful dips in hot pools of Iceland, our thoughtfully created Northern Europe Tour Packages have it all. Once you hand over your Northern Europe travel dreams to us, we will make sure you return as happy-to-go-back travellers.