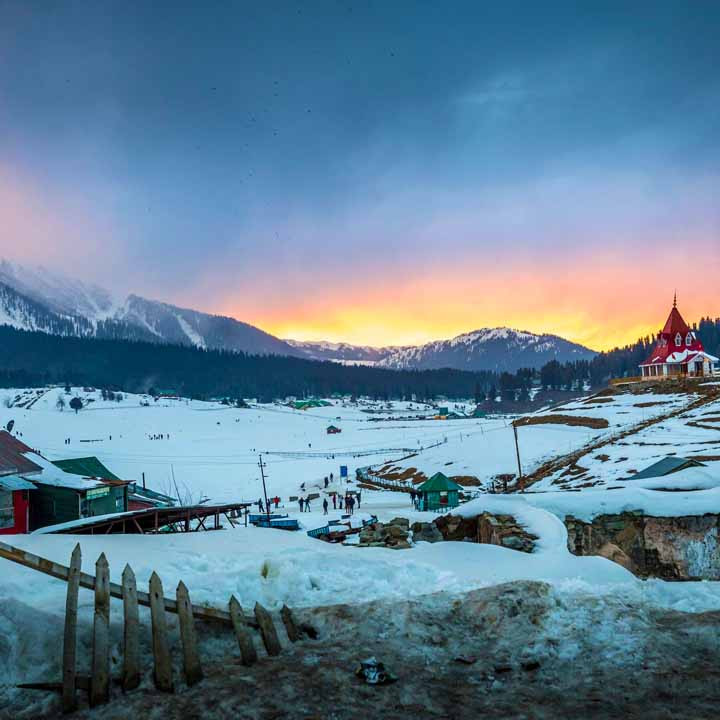 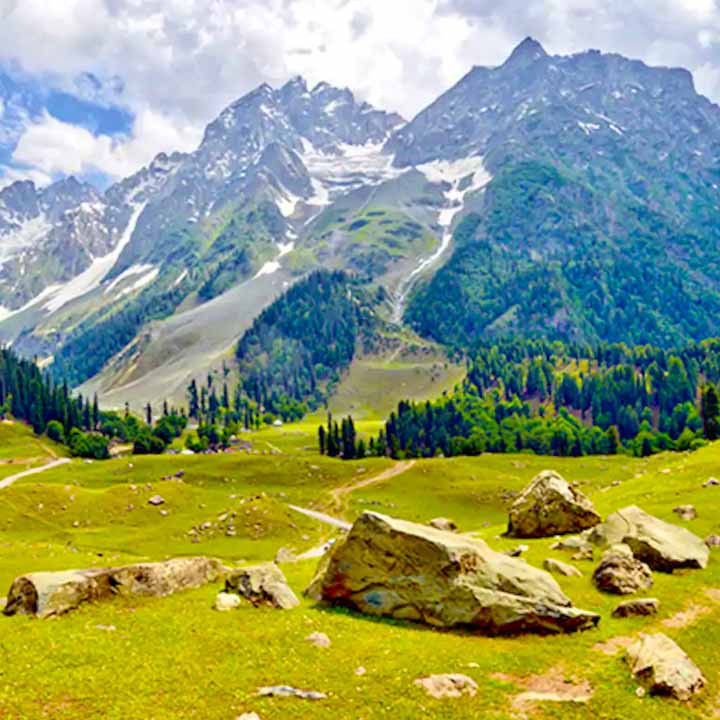 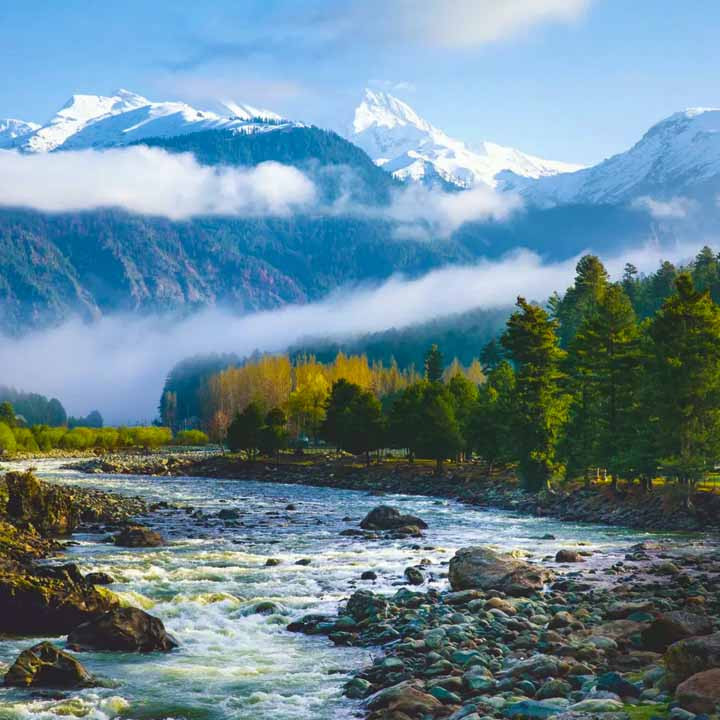 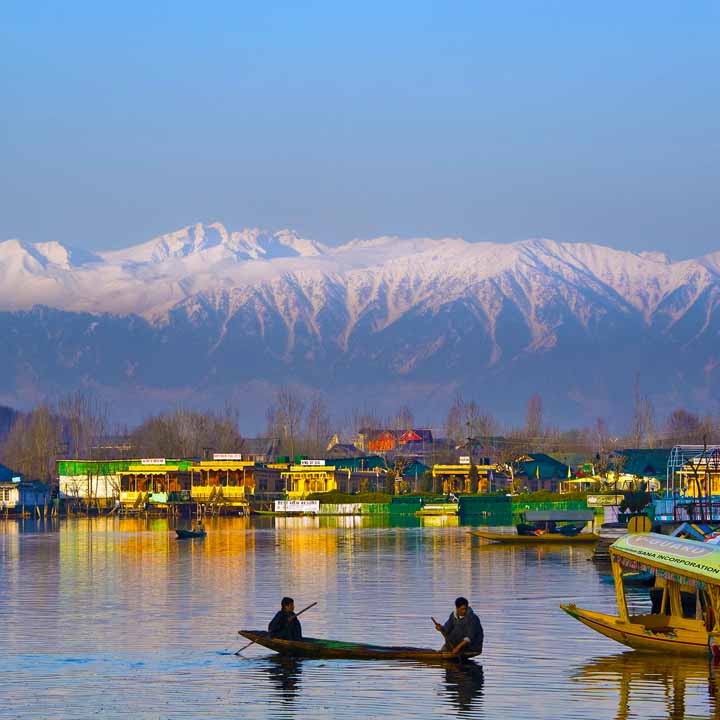 Dal is a lake in Srinagar the summer capital of Jammu and Kashmir. It is an urban lake which is the second largest in the union territory of Jammu and Kashmir. It is the most visited place in Srinagar by tourists and locals. View of Dal Lake are completely different in 4 seasons. It is integral to tourism and recreation in Kashmir and is named the Lake of Flowers Jewel in the crown of Kashmir or Srinagars Jewel. The lake is also an important source for commercial operations in fishing and water plant harvesting. The shore line of the lake about 15.5 kilometres (9.6 mi) is encompassed by a boulevard lined with Mughal era gardens parks houseboats and hotels. Scenic views of the lake can be witnessed from the shore line Mughal gardens such as Shalimar Bagh and Nishat Bagh built during the reign of Mughal Emperor Jahangir and from houseboats cruising along the lake in the colourful shikaras. During the winter season the temperature sometimes reaches freezing the lake.

Sonamarg known as Sonamarag in Kashmiri is a hill station located in the Ganderbal District of Jammu and Kashmir India. It is located about 62 Kilometers from Ganderbal Town and 80 kilometres northeast of the capital city Srinagar. Sonamarg had historical significance as a gateway on the ancient Silk Road connecting Jammu and Kashmir with Tibet. Today the hill station is a popular tourist destination amongst fishers and hikers and following the Kargil War with neighbouring Pakistan in 1999 serves as a strategically important point for the Indian Army.

Gulmarg Gondola in Gulmarg Jammu and Kashmir union territory of India is a high altitude cable car Higher lines include the Dagu Glacier Gondola.The two-stage gondola lift ferries about 600 people per hour to and from Kongdoori Mountain a shoulder of nearby Apharwat Peak. The ropeway project is a joint venture of the Jammu and Kashmir government and French firm Pomagalski. The first stage transfers from the Gulmarg resort at 2600 m to Kongdoori Station in the bowl-shaped Kongdori valley. The second stage of the ropeway which has 36 cabins and 18 towers takes skiers to a height of 3747 m on Kongdoori Mountain a shoulder of nearby Afarwat Peak (4200 m. The second stage was completed in a record time of about two years at a cost of 180000000 Indian Rupees and opened on 28 May 2005. The French company had also built the first phase of the gondola project connecting Gulmarg to Kongdoori in 1998.

Send us a query for Amazing Kashmir Tour