Explore the 3 most visited islands of Greece on this tour. Beautiful Santorini, the Party Island of Mykonos & Paros Transportation & Boating hub of the country. This tour will introduce to traditional architecture of Greece, Beautiful Beaches, Trendy bars & clubs & Excellent places to taste local f..read more 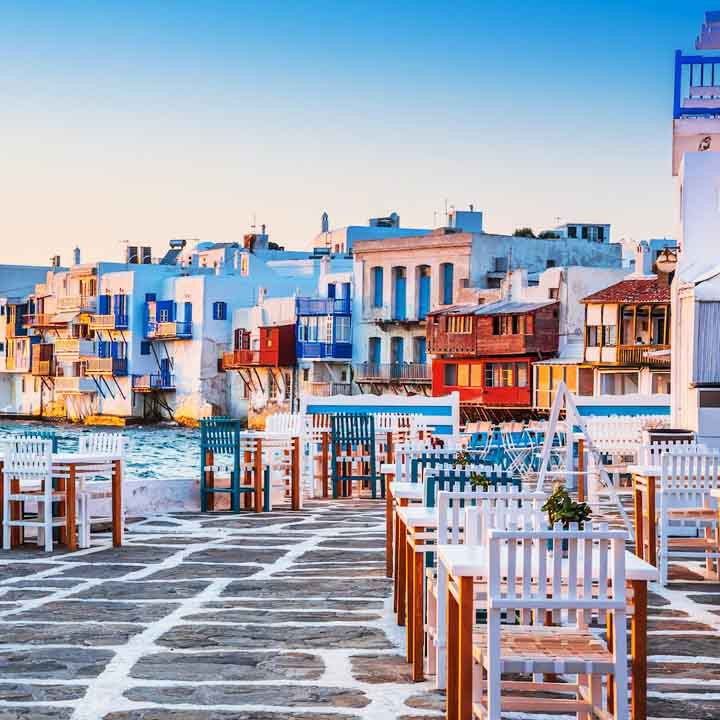 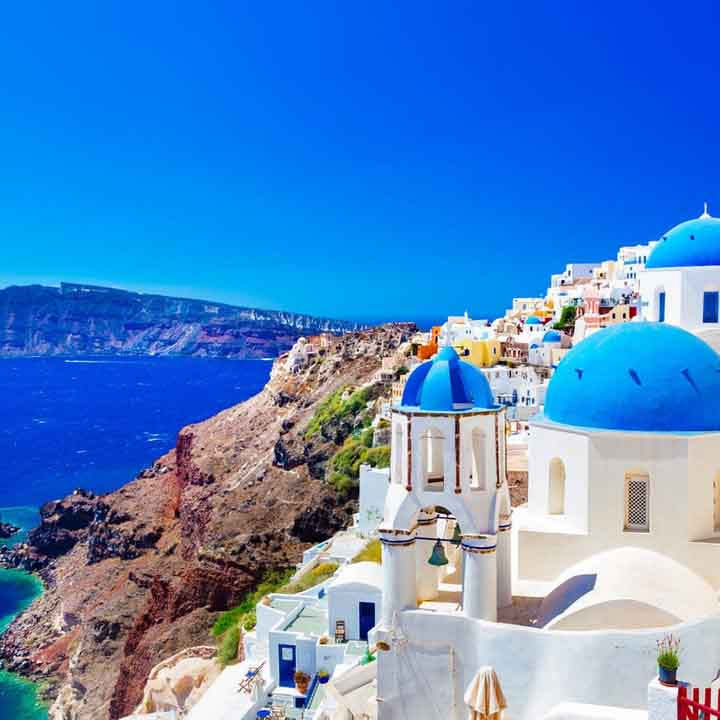 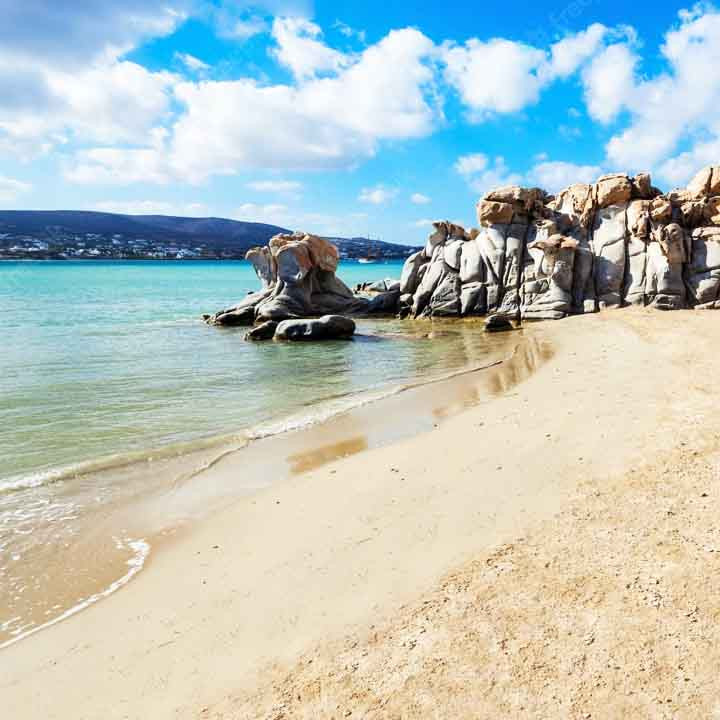 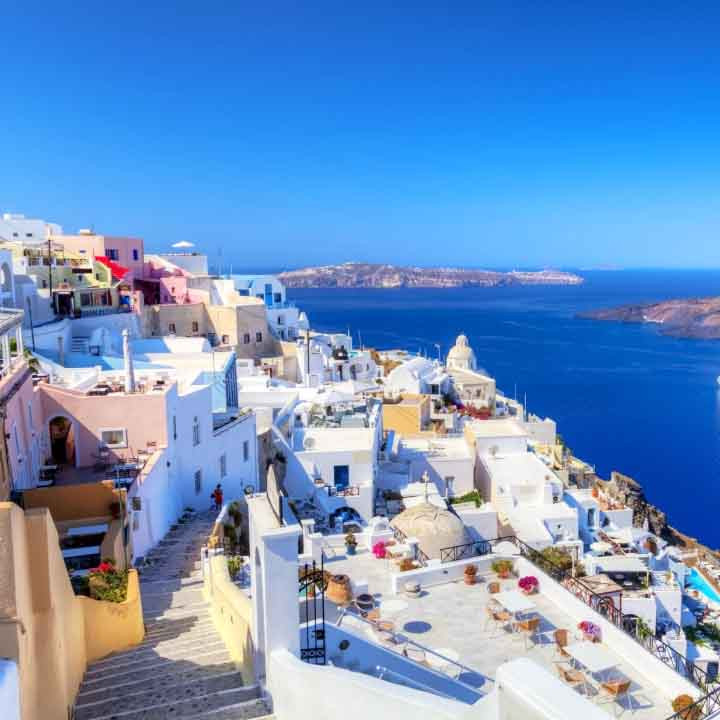 The Panathenaic Stadium or Kallimarmaro is a multi-purpose stadium in Athens Greece. One of the main historic attractions of Athens it is the only stadium in the world built entirely of marble. A stadium was built on the site of a simple racecourse by the Athenian statesman Lykourgos c. 330 BC primarily for the Panathenaic Games. It was rebuilt in marble by Herodes Atticus an Athenian Roman senator by 144 AD and had a capacity of 50000 seats. After the rise of Christianity in the 4th century it was largely abandoned. The stadium was excavated in 1869 and hosted the Zappas Olympics in 1870 and 1875. After being refurbished it hosted the opening and closing ceremonies of the first modern Olympics in 1896 and was the venue for 4 of the 9 contested sports. It was used for various purposes in the 20th century and was once again used as an Olympic venue in 2004. It is the finishing point for the annual Athens Classic Marathon. It is also the last venue in Greece from where the Olympic flame handover ceremony to the host nation takes place.

The Acropolis Museum is an archaeological museum focused on the findings of the archaeological site of the Acropolis of Athens. The museum was built to house every artifact found on the rock and on the surrounding slopes from the Greek Bronze Age to Roman and Byzantine Greece. It also lies over the ruins of a part of Roman and early Byzantine Athens. The museum was founded in 2003 while the Organization of the Museum was established in 2008. It opened to the public on 20 June 2009. More than 4250 objects are exhibited over an area of 14000 square metres. The Organization for the Construction of the new museum is chaired by Aristotle University of Thessaloniki Professor Emeritus of Archaeology Dimitrios Pandermalis.

Steps leading from the town center to the harbor. The trail is intensively used by donkeys which gave it the name Donkey Trail. There are about 600 steps with great views along the path. Walking down is easier than walking up so the alternative is to take the gondolas back up instead for 6 per passenger.

The Museum of Prehistoric Thera is located in Fira on the island of Santorini in Greece. It was built on the site of the old Ypapanti Church which was destroyed in the 1956 Amorgos earthquake. The Museum houses a very large number of ancient artifacts from various excavations on Santorini such as at Akrotiri and at the nearby Potamos site. The earliest excavations on Santorini were conducted by French geologist F. Fouque in 1867 after some local people found old artifacts at a quarry. Later in 1895-1900 the digs by German archeologist Baron Friedrich Hiller von Gaertringen revealed the ruins of ancient Thera on Mesa Vouno.[1] He focused on the settlements of the 9th century BC there believed to be a Spartan colony.

Ancient Thera is the name of an ancient perfectly round volcano island now known as Santorini. It was named after the mythical ruler of the island Theras and is known to have been inhabited by Greek Minoans as early as the 15th century BC when the volcano erupted resulting in a significant change to the shape of the island and killing many of the Minoan inhabitants. Starting in 1895 Friedrich Hiller von Gaertringen systematically investigated the city until 1904. Later excavations by N. Zapheiropoulos between 1961 and 1982 under the auspices of the Archaeological Society of Athens unearthed the citys necropolis in Sellada. Findings from these excavations are on exhibit at the archaeological museum in Fira. Excavation work was again taken up between 1990 and 1994 under the leadership of Wolfram Hoepfner of the Free University of Berlin and resulted in a more precise understanding of the history of southern Aegean.

Send us a query for Greece Island Hopper Tour