Andaman Tourist Places - Best Things to Do in Andaman

An Andaman Adventure: Discover the Delights of Andaman and Nicobar Islands

A tropical getaway for all, there is something for everyone on the warm and welcoming Andaman and Nicobar Islands.

Andaman and Nicobar Islands are known for picturesque white beaches, turquoise seas, charming hospitality, vivid wildlife and a diverse platter. The archipelago boasts of a long and captivating history that dates back to the middle ages. The islands have also found a mention in the writings of the legendary explorer Marco Polo. Much of the archipelago remains unexplored as only about thirty-eight of the five hundred odd islands are inhabited. Yet, the sheer number of experiences travellers can partake in is astounding. Here are a few experiences you should not miss while you’re in the Andaman and Nicobar Islands.

9 Best Things to Do in Andaman

1. Behold the Local Flora and Fauna 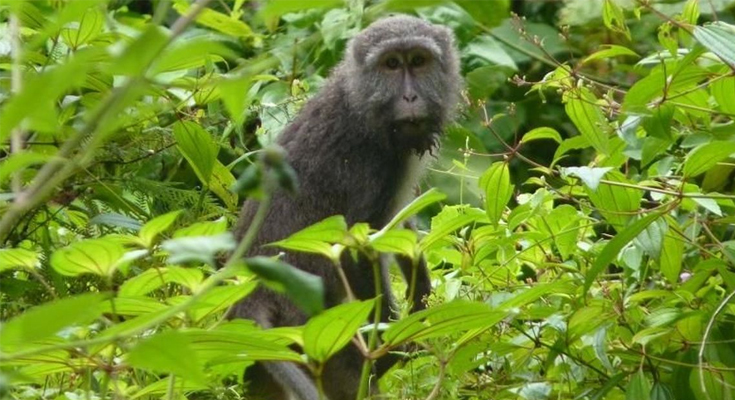 As a tropical archipelago, the Andaman and Nicobar Islands hosts a wide variety of flora and fauna, both on land and underwater. The islands comprise only 0.25% of India’s geographical area, and are home to one-tenth of the country’s fauna. The presence of many species in a small area makes the archipelago a rich and diverse ecosystem. Travellers get the chance to witness this diversity in all its glory. Observe native species such as the Narcondam Hornbill, the Andaman Serpent Eagle and the Microhyla chakrapanii, an endemic species of frogs.

You can also go scuba diving with sea turtles or go snorkelling to view the vivid colours of the ocean floor. There are also glass-bottom boats and semi submarines that allow you to glimpse the wonders of the underwater without getting your feet wet. 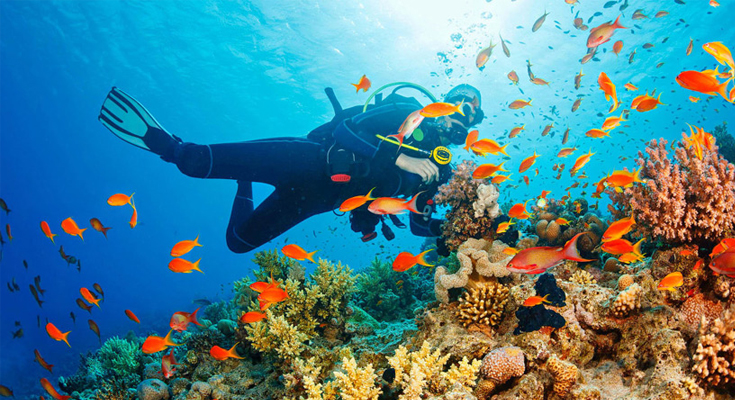 The Andaman and Nicobar Islands are home to over 560 species of corals covering about 2000 sq kilometres, almost six percent of the total area. The shallow reefs of the eastern side and the barrier reefs of the western side make for mesmerising views. Shallow reefs are also used as diving spots so that visitors can experience the vibrant reefs up close. The reefs support complex and fragile ecosystems and you can see various marine species such as corals, clams, starfish, sponges, anemones, sea cucumbers and lobsters. You can also spot various rare species of fish such as the butterflyfish, damselfish, parrotfish and the clownfish. Visitors can also go swimming underwater with sea turtles, sharks, dolphins, seagrasses and various other rare and endemic marine species. 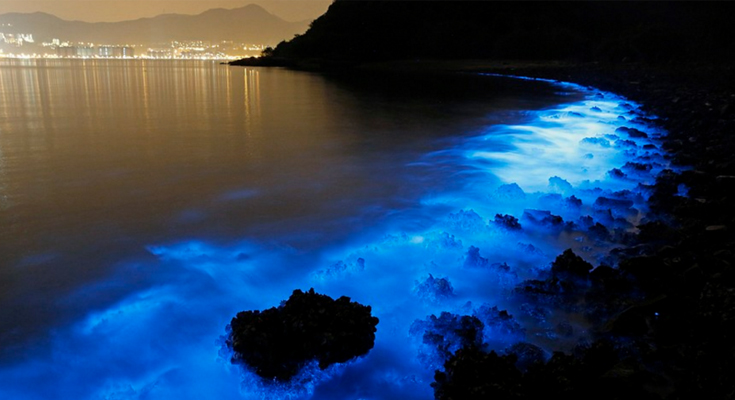 Imagine this - you are kayaking off the coast at night and hundreds of stars and galaxies are glowing on the water below. This surreal sight is the phenomenon of Bioluminescence. Bioluminescence is the production and emission of light by a living organism, mainly found in marine habitats from the great depths to the ocean surface. The phenomenon occurs on moonless nights because of the presence of phytoplankton in the seawater. It is especially prominent near tropical islands such as Andaman and Nicobar. One of the most spectacular sights of the natural world, witnessing this phenomenon is definitely a once in a lifetime experience. There are various guided tours for glimpsing bioluminescence throughout the islands. Most travellers recommend going for this from Havelock Island, as it has much lesser light pollution than Port Blair. This is one experience where the fear of the dark and unknown is swiftly replaced with awe. 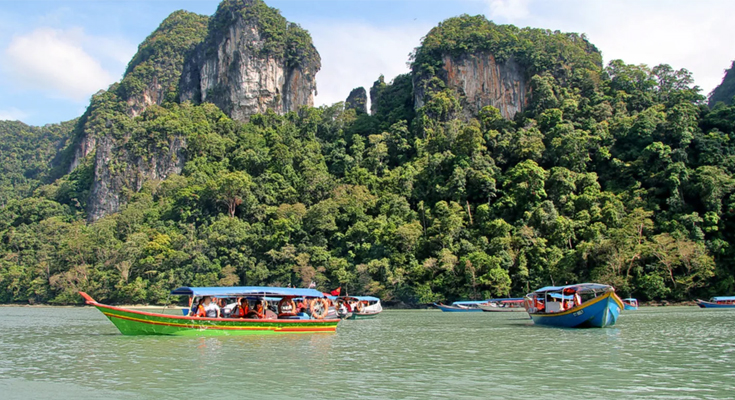 A trip to the Andaman and Nicobar Islands is incomplete without island hopping. You can watch the sunrise in the morning from one island, go on several activities from another and watch the sunset from a totally different island. You can visit the popular islands like Neil Island, Havelock Island and North Bay Island or visit the uninhabited islands like Guitar Island, Long Island or the Jolly Buoy Island.

Barren Island is home to India’s only volcano and the only active volcano in South Asia. About 140 kilometres from the capital Port Blair, the isolated and uninhabited island is a stratovolcano comprising lava, rocks and volcanic ash. The Barren Island has been lying dormant for some time but became active again a few years ago according to geologists. If you’re lucky, you might get to experience an eruption from the safety of your boat. There is also a mud volcano that erupts sporadically. Located on Baratang Island, the volcano is not considered as hazardous as active volcanoes, but still emits hot mud due to the presence of natural gas. 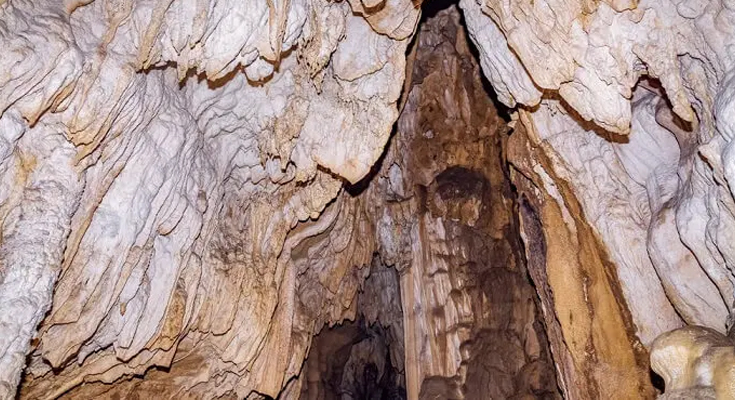 Another attraction of Baratang Island is the naturally formed limestone caves. Limestone caves are naturally cavities formed by porous limestones dissolving due to acidic groundwater over millions of years. The caves at Baratang are of the same age and are filled with conical rock-like structures known as Stalagmites, formed by calcium deposits. There is also a lot of unique flora and fauna around the caves. About 90 kilometres from the capital Port Blair, the journey takes you through various tribal reserves, lush mangroves and rainforests. You also pass through the restricted Jarawa reserve belt and you will come across crocodiles either sunbathing or camouflaged under a canopy.

7. Bask in the History of the Islands 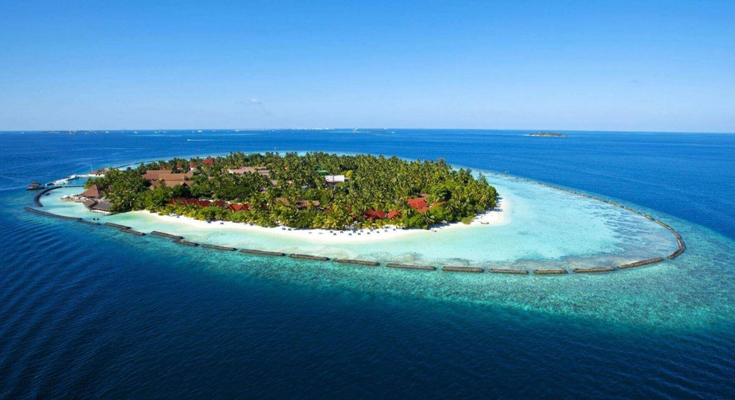 While the earliest recorded human activity in the archipelago dates back to the middle ages, you can witness the history of the island’s post-colonial occupation. The cellular jail, among others, is one of the most famous historical structures on the islands. The prison complex housed political prisoners and dissenters to the British colonial government on mainland India. Stories that originated from this complex were so heinous that the entire bay famously came to be called ‘Kala Pani’ or ‘black water’ by the Indians. There is also the British settlement, Ross Island, where the colonial culture collides and coexists with the natural efflorescence and remnants of the other historical events spread about the archipelago. 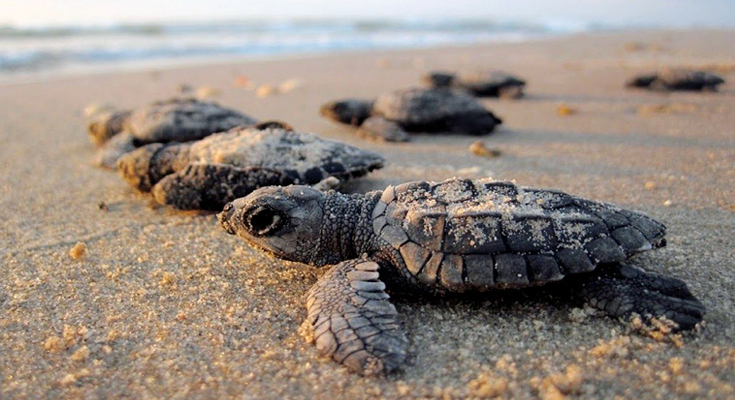 During the winter months, thousands of sea turtles turn up on various beaches across the archipelago for mating and nesting. Between December and March, sea turtles flock to the beaches of Andaman and Nicobar. It is a remarkably heartwarming sight and even you can lend a hand ensuring the eggs laid by the turtles are safe from predators such as birds and dogs. In the nesting season, you can volunteer with the forest officials, collecting eggs, watching them hatch, and finally setting the baby turtles free to return to their natural habitat in the ocean. 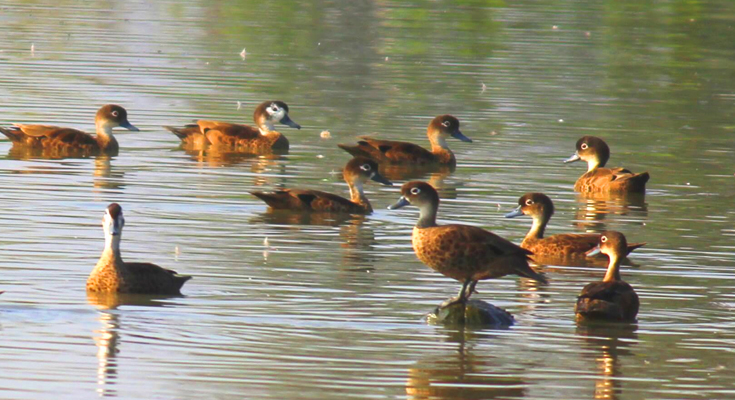 As flora and fauna flourish on the archipelago, there are a lot of different species coexisting in the five hundred odd islands. This makes it a prime location for birdwatchers and photographers. One island in particular, the Chidiya Tapu, draws bird watching enthusiasts and photographers in droves as the island is home to several rare and endemic species such as the emerald dove and the sea eagle.

In conclusion, Andaman and Nicobar Islands have a lot more to offer than what meets the eye. There are a variety of attractions for travellers of all sorts. Whether you are looking for a jolt of adrenaline or relaxing by the beach with your loved ones, the islands can make everyone feel at home. With a deeper understanding of culture and history, a trip can become one of the most memorable.