Metropolises of the Wild: 11 Cities to Explore in South Africa

Explore South Africa like a local and feel the enthralling vibe that breathes life into its bustling cities.

South Africa is one of the most remarkable countries in the world to travel and explore. Often called ‘the world in one country’, it is a fascinating country with a diverse mix of cultures, traditions and people. With wildlife parks and natural wonders in close proximity to bustling metropolitan areas, you can go shopping, track lions and relax with a pint, all on the same day. While the national parks and scenic highways are heavily promoted, its lively cities are often overlooked.

Here is a list of the 11 cities you must visit to get the most out of your South African trip: 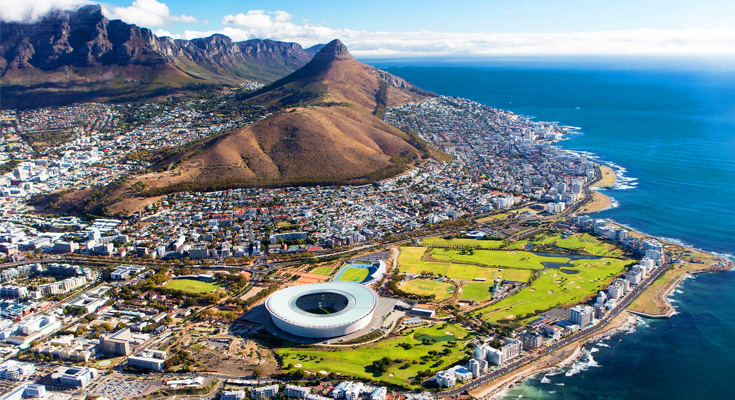 The most visited city in South Africa, Cape Town is a gorgeous heartwarming place to go. Located at the farthest southwest, the city is the gateway to the Cape Peninsula. The shimmering waters, countless beaches along with the backdrop of the imposing Table Mountain make the cityscape one of the most picturesque in the world.

A multicultural city with a vibrant arts scene, there are plenty of restaurants and clubs and has an amazing nightlife. You can also go for fun thrilling activities such as jungle safaris, diving with sharks, hiking the Table Mountain and roaming around the surrounding wineries.

A few miles off the coast of the city lies Robben Island, a testament to the country’s difficult past, where Nelson Mandela was imprisoned for 18 years. There is also the Boulders Beach, a part of Table Mountain National Park, which has a penguin colony thriving in the sand and sun. 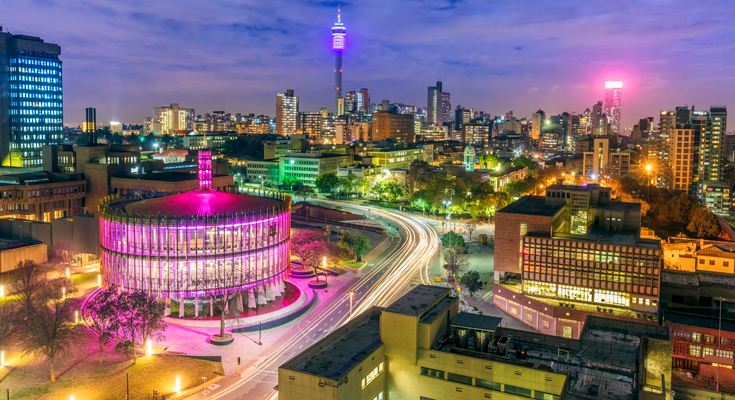 Johannesburg is South Africa’s largest city and the economic centre of Sub Saharan Africa. After nearly two decades of decay, the city is slowly bouncing back as a powerhouse of economy and tourism. The hip neighbourhood of Maboneng is one of the most successful urban redesign projects in Africa. For an eye-opening tour, visit the historical sites dotted around the city. These include the Apartheid Museum, Constitution Hill and the Soweto settlement, the birthplace of South African figures such as Nelson Mandela and Desmond Tutu.

With great nightlife and urban life, Johannesburg is a must-see city in the southern country. Filled with rooftop bars, live music venues and upscale shopping districts, along with safaris and expeditions a stone throw away, Johannesburg offers a city trek like no other. 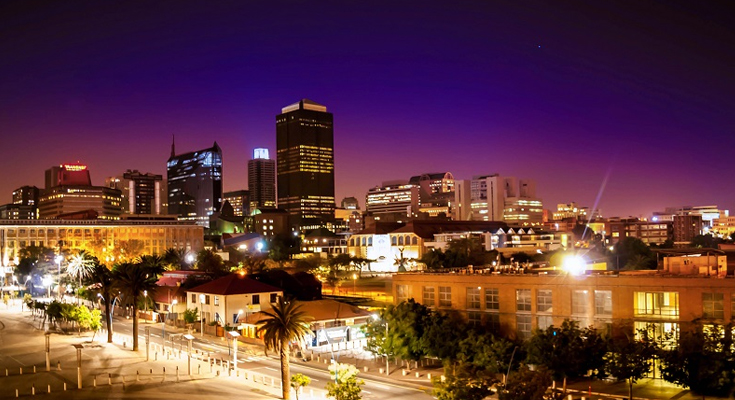 South Africa’s third-largest city, Durban has one of the best waterfronts in the country. Located on the Indian Ocean coast, Durban has a huge picturesque harbour and a number of sandy sun-soaked beaches. It is also one of the most diverse cities in the southern coast, with huge Kwa-Zulu and Indian communities.

The Durban waterfront is known for its watersports such as snorkelling and diving, along with other attractions such as the uShaka Marine World, one of the largest aquariums in the world. With plenty of markets, restaurants and street food, Durban is a city filled with fun and frolic that welcomes you with open hands. 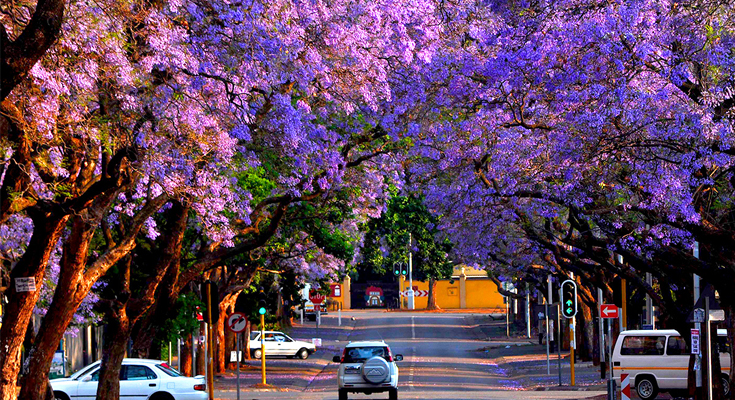 Pretoria, the administrative capital of South Africa, is a cultural hub filled with leafy suburbs. During the spring, jacaranda trees are in full bloom and it gives a pretty purple hue to the entire city.

Within the city, the remnants of the past are visible. Once the center of the apartheid regime, the city has transformed itself into a multicultural hotspot. Dotted with museums and historic sites and surrounded by many of the country’s national parks, Pretoria is a melange of all that South Africa has to offer. 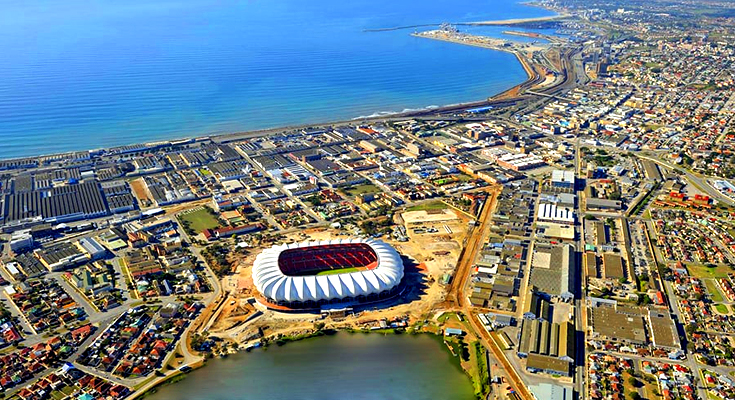 Port Elizabeth is known for its surf, sun and sand. With abundant marine life in the waters, the city is now a go-to for travellers wishing to catch glimpses of dolphins and whales. The port city is mostly a stopover for travellers. The city center, once avoided due to indiscriminate industrialization has started to welcome travellers with chic cafes and cozy restaurants, thanks to the urban redesign efforts. Heritage buildings that showcase the splendour of South African architecture from the bygone days have either been restored or left untouched. The Addo Elephant Park nearby is a great place to socialize with the trunked giants in their own turf. The azure waters of the Indian Ocean and the rich marine life are what draws visitors to the shores of Port Elizabeth. A perfect spot to stop along the Garden Route, head to Port Elizabeth for a wonderful sun-filled time. 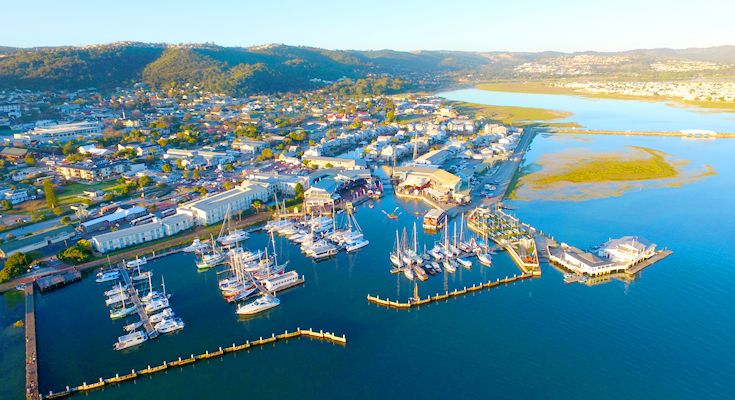 Knysna is one of the most famous cities along the Garden Route. Once the center of the timber industry, the city has some intricate wood architecture to take in. Located on the coast of the Indian Ocean in the Western Cape, Knysna is surrounded by a delightful lagoon. The lagoon is a favourite among sailing and boating enthusiasts and there’s a plethora of boating activities. With amazing hotels and restaurants around every corner, the artsy city is one of the major highlights of the Garden Route. A charming city with lots to do, Knysna is not to be missed. 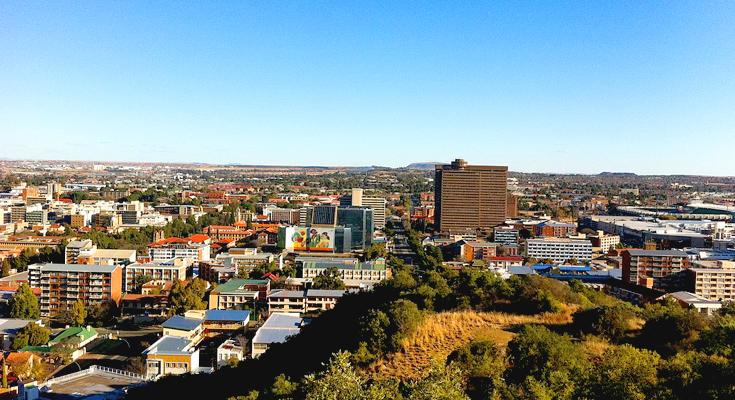 Bloemfontein is a rather small and picturesque city despite its importance as South Africa’s judicial capital. While the city does not have much to offer in terms of attractions, the provincial quaint feel of the city is more than enough. You will definitely pass by the city while travelling through the heart of South Africa, as the city is sort of a crossroads between the cape roads, South Africa’s most famous national parks and the Kalahari Desert. While activities are scarce, there are plenty of museums and galleries to soak up the history of South Africa and the province of the Free State. 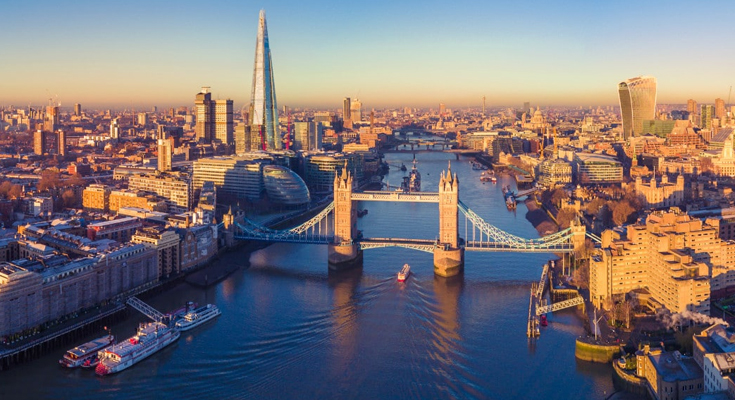 Another picturesque city located on the Eastern Cape, East London is known for its beaches, boardwalks and surfing. The city is not yet crowded by tourists, making it a great place to visit if you want to avoid the crowds. As the other beaches are being thronged by tourists, many choose East London as their go to beach in South Africa. For this reason, it is fast becoming the only South African city yet to be explored by tourists. 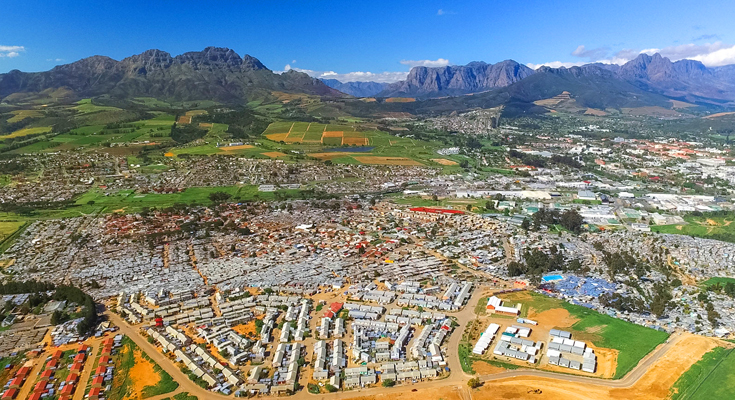 Stellenbosch is South Africa’s wine country, located close to Cape Town. With one of the country’s most premier institutions in the backyard, the city has a youthful, carefree feel to it. The outskirts of the town are dotted with various vineyards producing a wide range of wines. Wine tasting tours are a favourite among travellers and South Africans on vacation. This quaint town is right at the starting point of the Garden Route and you can hit the road after a cozy afternoon here. Just don’t drink and drive. 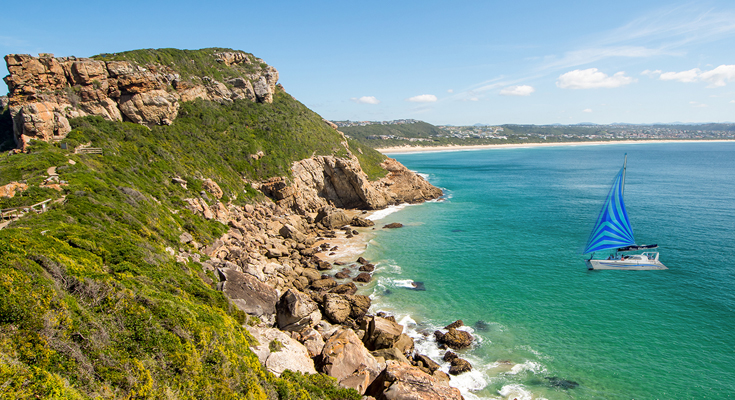 One of South Africa’s top tourist towns and a must-stop on the Garden Route, Plettenberg Bay is surrounded by rolling hills, white sandy beaches and crystal clear waters. During the warm season, you can catch magnificent views of whale breeding in the water. With one of the best coastlines in South Africa, there are a wide range of water sports activities and the opportunity to get up close and personal with the diverse marine life. The hills in close proximity also allow you to go hiking or climbing and there are a number of wildlife sanctuaries housing indigenous monkeys and birds. 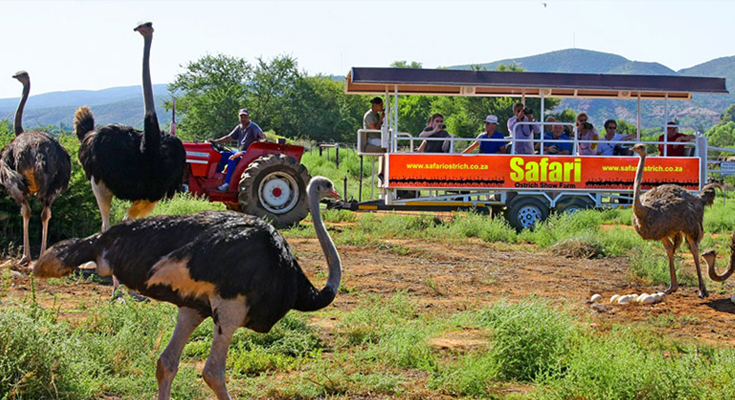 Oudtshoorn is the perfect base for exploring the Karoo regions of South Africa. But the city itself has a lot more to offer. Known as the ‘ostrich capital of the world’, Oudtshoorn is home to more than 400 ostrich farms. The outskirts of the city are dotted with waterfalls and national parks. From driving with crocodiles and tracking cheetahs to tasting locally crafted wines, Oudtshoorn is a stopover with a lot of activities and abundant natural scenery.

South Africa is a lot more than the Cape of Good Hope and jungle safaris. It’s cities hold as much charm and mysticism as the jungles around them. With multicultural metropolises and small quaint towns, the bustling urban areas of South Africa are definitely worth exploring.