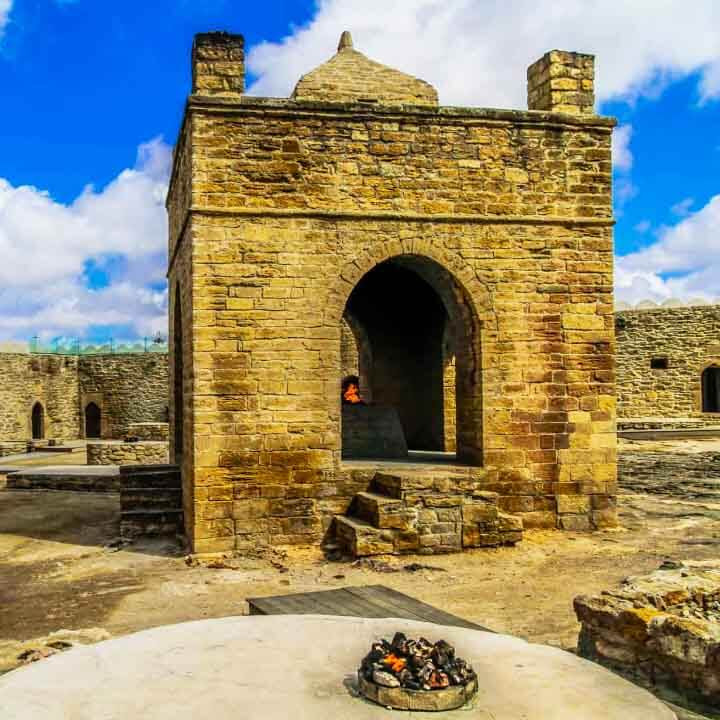 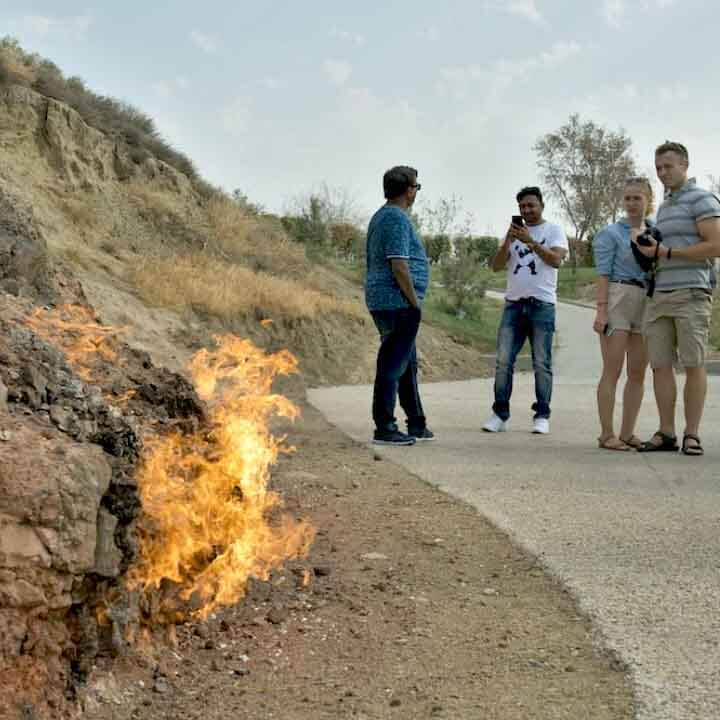 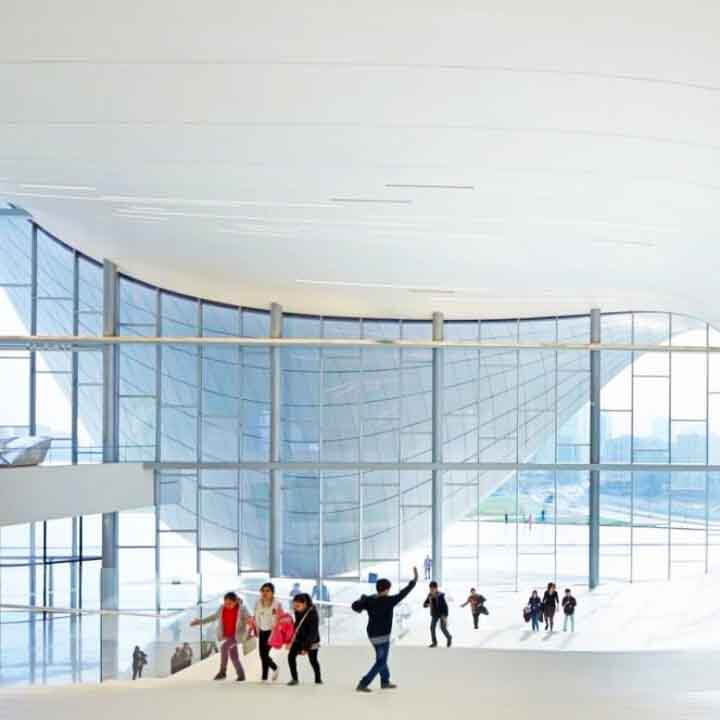 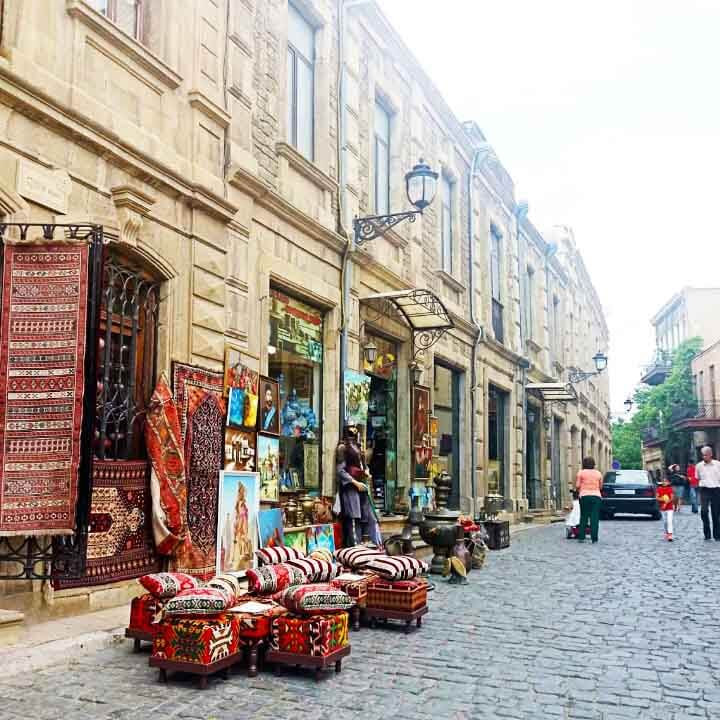 Flame Towers is a group of three skyscrapers in Baku Azerbaijan. The height of the tallest tower is 182 m. The three flame-shaped towers are intended to symbolize the elements of fire and are a reference to Azerbaijans nickname The Land of Fire historically rooted in a region where natural gas flares emit from the ground and Zoroastrian worshippers considered flames to be a symbol of the divine. A three-flame motif also appears on the coat of arms of Baku. The three buildings consist of 130 residential apartments over 33 floors a Fairmont hotel tower that consists of 250 rooms and 61 serviced apartments and office blocks that provide a net 33114 square meters of office space. In June 2014 Lamborghini opened its first branch in Azerbaijan located on the ground floor of the East tower of the Flame Towers.

Fountains Square is a public square in downtown Baku capital of Azerbaijan. The square was previously called Parapet and is often referenced to by the same name now. The name of the fountains square derives from the presence of dozens of fountains throughout the square first constructed during Soviet rule of Azerbaijan.

The Alley of Honor is a public cemetery and memorial in Baku Azerbaijan. The Alley includes burials of famed Azerbaijanis and Azerbaijan-affiliated expatriates including several Presidents scientists and artists. There are 242 burials in total.

Send us a query for Baku Honeymoon Tour