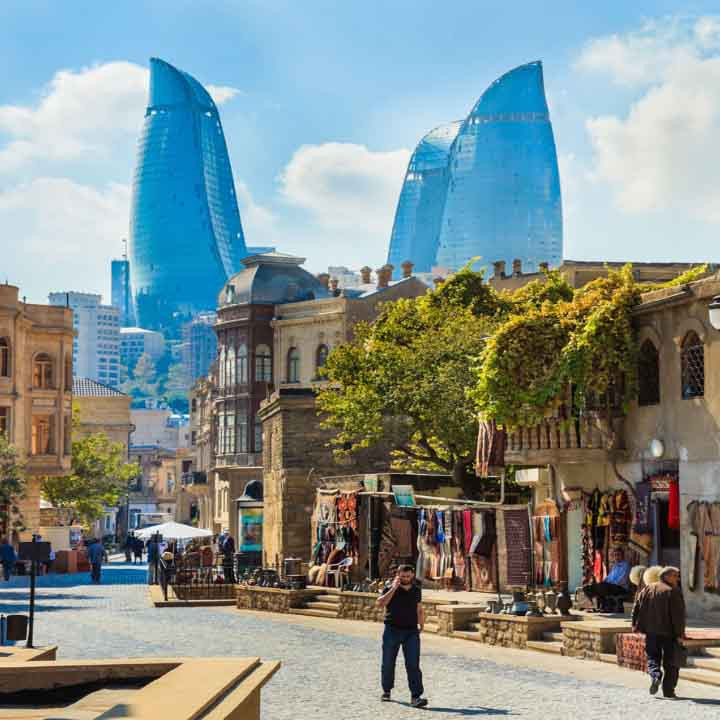 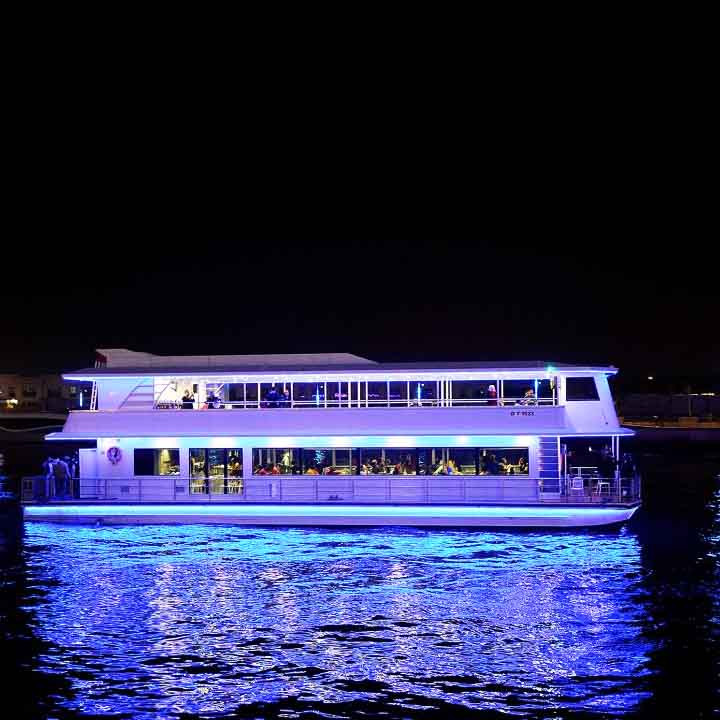 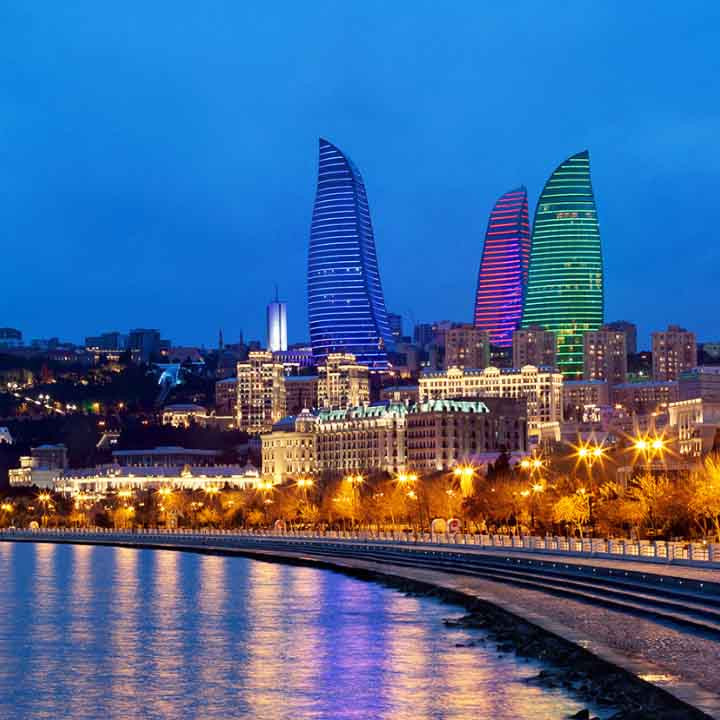 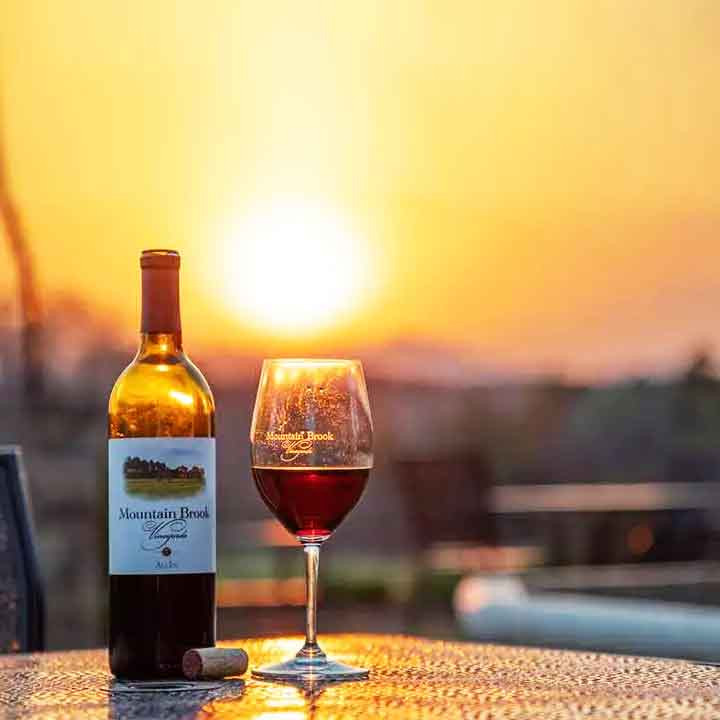 The Maiden Tower is a 12th-century monument in the Old City Baku Azerbaijan. Along with the Shirvanshahs Palace dated to the 15th century it forms a group of historic monuments listed in 2001 under the UNESCO World Heritage List of Historical Monuments as cultural property Category III. It is one of Azerbaijans most distinctive national emblems and is thus featured on Azerbaijani currency notes and official letterheads.

Flame Towers is a group of three skyscrapers in Baku Azerbaijan. The height of the tallest tower is 182 m. The three flame-shaped towers are intended to symbolize the elements of fire and are a reference to Azerbaijans nickname The Land of Fire historically rooted in a region where natural gas flares emit from the ground and Zoroastrian worshippers considered flames to be a symbol of the divine. A three-flame motif also appears on the coat of arms of Baku. The three buildings consist of 130 residential apartments over 33 floors a Fairmont hotel tower that consists of 250 rooms and 61 serviced apartments and office blocks that provide a net 33114 square meters of office space. In June 2014 Lamborghini opened its first branch in Azerbaijan located on the ground floor of the East tower of the Flame Towers.

Juma Mosque of Shamakhi is a mosque in the city of Shamakhi Azerbaijan. Construction date of the mosque- 743-744 relies on research of a geological commission coming from Tiflis which was led by prince Shahgulu Qajar. This date was defined with Arabic ligature on the facade of the Juma Mosque stating the year 126 according to Islamic calendar as the establishment year. Just in this period the construction of new religious buildings mosques was begun in the territory of Azerbaijan. Historical appearance of ancient Islamic architectural monuments was related to Arabs governance and spreading of Islam in the territory of Azerbaijan. Juma Mosque of Shamakhi is considered the first mosque in the Caucasus after cathedral Juma Mosque of Derbent which was constructed in 734. The construction date of the mosque is dated from the governance period of Caliphates vicar in the Caucasus and Dagestan Arabic commander Maslam ibn Abd-al Melik brother of Umayyad caliph Valil I (705-715) by whom Shamakhi was chosen as the residence. In these years Arab governors strengthening towers of this ancient city with the rich cultural heritage began the construction of new structures in its territory. Arabs attached the great importance to Shamakhi which is visible from the great architectural appearance of Juma Mosque.

Send us a query for Baku Bachelors' Party Package